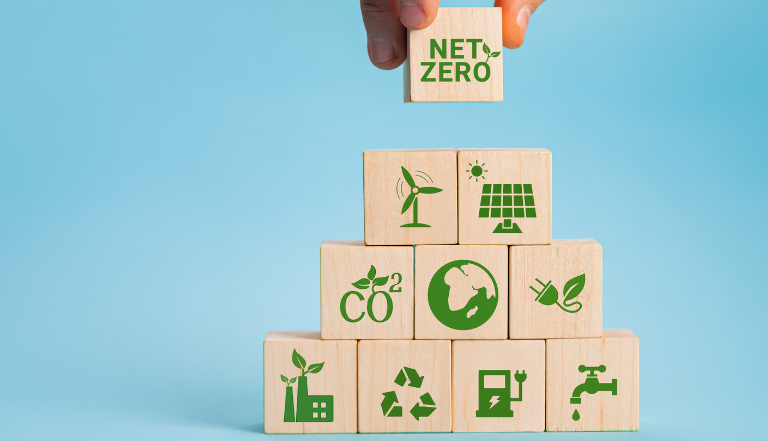 As of this week, it is 10,000 days until the start of 2050, which is when the vast majority of the world is aiming to arrive at net zero.

Whilst that may sound like a long time, to put it into context (and to unintentionally make anyone reading this feel old), 10,000 days ago was 31 March 1995. At that time, ER and Friends were the most popular new shows on TV, Forrest Gump had just won six Oscars, Braveheart and Toy Story were soon to be in cinemas, Bill Clinton was US President, and there were two billion fewer people on the planet.

Much progress has taken place around the world since 1995, with the golden age of the internet and electronics allowing greater connectivity than ever, but there is still a huge amount of work left to do. Global coal demand is set to hit its all-time high this year and fossil fuels are by far the most dominant energy source. According to Global Change Data Lab (https://ourworldindata.org/electricity-mix), around 84% of total energy comes from fossil fuels as compared to 86.1% in 2000, and low-carbon sources are used to generate 36.7% of electricity as compared to 35.2% in 2000.

Certainly, when seen in these terms, the scale of the challenge we are facing and the timescale in which to achieve our aims, is rather daunting. As with everything, achieving the net zero goal by 2050 will require a myriad of different factors, including political will, lifestyle changes for huge numbers of people, and technical innovation. Whilst we cannot really comment on the first factors, we can comment on technical innovation.

As with a lot of countries, the UK has committed to a target of reducing carbon emissions to net zero by 2050.

We will explore the journey being undertaken on the road to net zero in some areas, including critical materials and alternative fuels.

Critical minerals are essential for manufacturing a huge range of products that we use throughout our daily lives, from our mobile phones to our cars. For example, lithium, nickel, cobalt, manganese and graphite are used in semiconductor production and are key to battery performance. Rare earth elements are used for permanent magnets that are used in wind turbines and EV motors. Electricity networks need a huge amount of copper and aluminium, with copper being a cornerstone for all electricity-related technologies.

Critical minerals are of particular importance in green technologies, which generally require more critical minerals for their production than their fossil fuel-based counterparts. For example, a typical electric car requires six times the mineral input of a conventional car and an offshore wind plant requires thirteen times more mineral resources than a similarly sized gas-fired plant.

Last year, shortages in the critical elements lithium and cobalt, which are used to produce semiconductors, resulted in widespread supply chain disruption in the automotive industry. As a result, fewer cars were available for purchase and many customers had significant wait times for their orders.

The UK therefore opened a Critical Minerals Intelligence Centre in July 2022. The CMIC is run by the British Geological Survey in Nottingham and aims to support the UK in securing adequate, timely and sustainable supplies of the critical minerals and metals that are required for the net zero transition.

The CMIC will provide up-to-date data and analysis on the supply, demand, and market dynamics of critical minerals. This data will then be used to develop evidence-based policies aimed at developing more robust critical mineral supply chains to the UK.

First study output from the CMIC

Following the opening of the Critical Minerals Intelligence Centre in July 2022, work is already underway with the release of a study into the future UK demand for, and supply security of, critical minerals required for electric vehicle batteries.

In order to meet the net zero target, the Government plans to develop the electric vehicle supply chain in the UK by 2030. This plan includes building a number of domestic battery manufacturing plants, either through expansion of existing factories or establishment of new factories. These domestic battery manufacturing plants are also required to meet the requirements of UK-EU trade rules of origin. The UK Government has already provided financial support to Britishvolt to establish a gigafactory in the North East, and the North East Battery Alliance, led by Newcastle University, is working to support and expand the current ecosystem relating to electrification, advanced manufacturing, automotive applications.

The CMIC explores the chemistry of lithium-ion batteries and the critical minerals, lithium, nickel, cobalt, manganese and graphite that are of key importance for their production. The manufacturing plants will require lithium, nickel, cobalt, manganese and graphite for the production of cathode active materials along with graphite. The CMIC models the demand required for these minerals on the current manufacturing scale up plan and predicts the UK and global demand for these battery minerals as we head to net zero by 2050.

In its study, the CMIC concludes that there is a definite need to scale up domestic production of cathode active materials, such as nickel, lithium, cobalt and manganese for electric vehicle batteries. The UK currently does not have any commercial-scale production of primary battery minerals and only has limited refining capacity.

Domestic production and recycling of such materials would reduce our reliance on importation and vulnerability to foreign market prices and long mining lead times for these materials. The CMIC comments on the importance of predicting the battery types that will be required for production, so that the battery compositions used in forecasting the demand for critical minerals can provide an accurate picture of what will be needed in the future.

Will supplies run out?

With the demands for critical minerals set to increase significantly, the question remains whether we have enough to support the transition to a non-fossil fuel industrial ecosystem.

There are not enough minerals in the currently reported global reserves to build one generation of batteries for all electric vehicles and stationary power storage in the ecosystem as it stands today. This is a big problem.

The effects of shortages of critical minerals affecting global vehicle markets have already been seen, with both the lead times on production and market value of vehicles increasing as a result. If we continue to move forwards without adjusting the way we source, access, share and dispose of critical minerals, the green technology revolution could grind to a halt.

Scientists are exploring new ways to utilise minerals, metals and materials of our industrial waste. Whilst recycling industrial waste provides one source for recovering critical minerals, it is important that the methods of recycling do not come with a heavy energy cost themselves. Methods of increasing the output from existing mineral deposits must be developed and new potential deposits investigated and mapped so that we can provide a more accurate picture of the available mineral supplies. There are many avenues for reducing the total amount of critical materials that are required, from making better and more efficient use of the materials we already have, mining the primary materials more efficiently, ensuring that there is a circular economy of critical materials, as well as improving national and local infrastructure.

Ultimately, a new relationship must be forged with critical minerals, that respects the supply and adjusts the demand accordingly. Technological, as well as political, advancement will be at the forefront in ensuring an ongoing high quality of life couple to a determination to reach net zero by 2050.