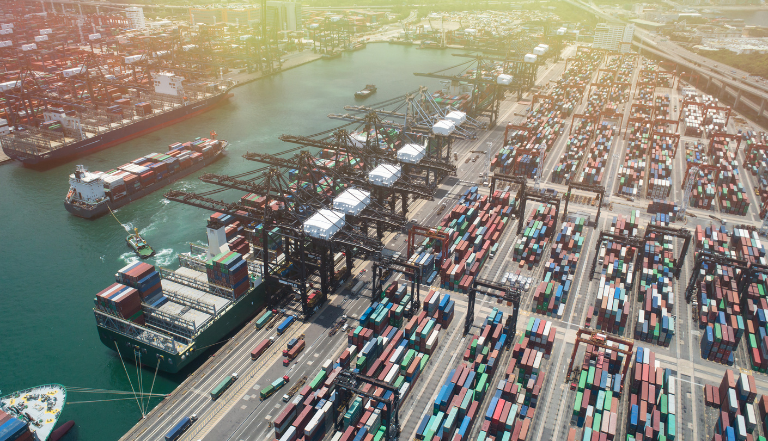 The UK, like many other nations, is going through an energy transition towards cleaner sources of energy. The government is looking to accelerate this transition in light of recent global developments and the need to reduce reliance on imported energy. In particular, there are a number of ongoing programmes in the UK relating to renewable energy projects. In Scotland, for example, the Crown Estate Scotland launched the ScotWind programme for leasing areas of the seabed around Scotland for wind farm developments in June 2022. As part of this programme, the Scottish government hopes that wind farms with 10GW of new generating capacity would be built over the next decade.

Applicants through the ScotWind programme were required to submit a Supply Chain Development Statement (SCDS) specifying the location of supply chain activities across various stages of their project. The government had indicated that applicants should keep their supply chain local where possible, however the location of the supply chain did not form part of the scoring criteria for assessing applications. Earlier this year, 17 projects were selected out of a total of 74 applications with a number of large oil and gas companies being awarded projects with initial indications suggesting a multi-billion pound supply chain investment in Scotland. Two of the largest ScotWind projects were awarded to bp and Shell, which are looked at in some detail below.

In particular, bp (who have partnered with EnBW, an energy company based in Germany) have secured rights to develop an offshore wind farm off the east coast of Scotland with potential generating capacity of 2.9GW – enough to power more than 3 million homes. Additionally, bp have made plans to make Aberdeen their global operations and maintenance centre of excellence for offshore wind. Positively for the north east, this is believed to be worth up to £40m annually to the local Aberdeen economy and will possibly create over 100 jobs. bp/EnBW have indicated that the project will support up to £10bn of investment in offshore wind development, boosting the supply chain and infrastructure, enhancing skills and education, research and innovation.

The SCDS submitted by bp/EnBW estimated that as part of their project £1.2bn would be spent within Scottish supply chain, with an ambition to increase this investment to £2.3bn. Further, bp/EnBW estimated that £1.1bn would be spent in the rest of the UK, with an ambition to increase this to £1.4bn. However, despite bp/EnBW’s ambitions to increase their spending within the UK supply chain, currently bp/EnBW estimate that £4.8bn will be spent outside of the UK, with £3.8bn being spent within the EU. This means that bp/EnBW are committed to having 32% of the supply chain in the UK, and within that 17% of the supply chain in Scotland. There may be a number of reasons why a large part of the overall spending is estimated to be outside of the UK; however, one reason may be due to a lack of infrastructure in the UK necessary to meet the supply-chain demands. The largest spend during the project is in the manufacturing and fabrication stage. Here, 73% of the spending is estimated to be outside of the UK – and only 11% in Scotland. Only in the operation stage do bp/EnBW estimate spending the most in Scotland, with 36% of the total spend in this stage being in Scotland. In any event, as the successful ScotWind applicants start to develop their projects, it will be interesting to see how UK suppliers look to take advantage of a potential gap in the UK offshore wind market.

Furthermore, Shell have partnered with Scottish Power Renewables (SPR) to develop two floating offshore wind farms off the east and north-east coast of Scotland. The SCDS’s submitted by Shell/SPR for the two wind farm projects, estimate that 41% of the supply chain for the overall project will be based in Scotland, and 12% in the rest of the UK. As with the bp/EnBW project, the largest spend in the project is during the manufacturing and fabrication stage. However, Shell/SPR have estimated that a large part (35%) of this stage in the project will be based in Scotland. Shell/SPR have indicated that they will engage with local communities and supply chain including through hosting supplier events, which will aim at allowing potential suppliers to work together with successful applicants of the ScotWind programme and understand where challenges and opportunities lie. For example, subsea power cable failure is frequently reported as a major issue for offshore wind farms, with such failures reported to account for 75-80% of the total cost of offshore wind insurance claims – while cabling generally makes up around 9% of the overall cost of an offshore wind farm. Perhaps such events may provide opportunities for local suppliers to get together and find innovative solutions to these problems.

While these projects are exemplary, a greater understanding of the supply chain commitments may be found by looking at all of the 17 successful applicants’ estimated spending. The graphs below represent the commitments of the applicants through the Development, Manufacturing, Installation and Operation stages of the wind farm projects.

Over the next decade or so as these projects come to fruition there will be an opportunity for local suppliers to secure their place in a developing supply chain. For example, companies that can offer innovative solutions to industry problems and provide these to the successful ScotWind applicants may be able to protect their position in the market, and potentially increase their market share of a clearly lucrative transition to wind power in Scotland, and around the world.