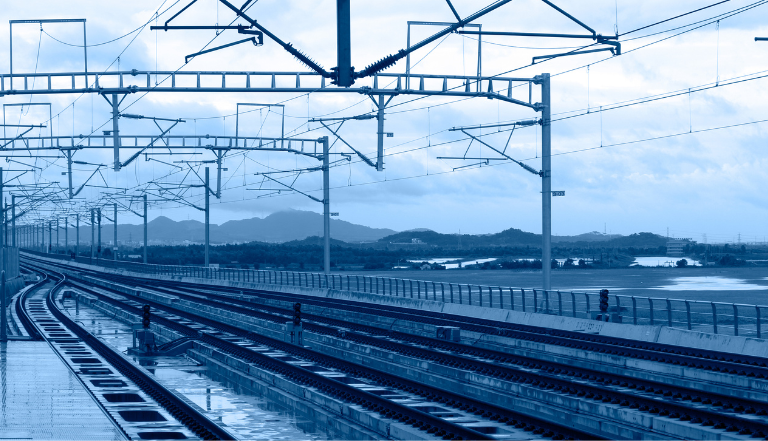 Hailed as a more environmentally-friendly mode of transport, rail still has a way to come in terms of innovation – but how does patent data indicate the changes we could see coming down the track? In 2021, the European Commission’s Joint Research Centre (JRC) and the European Union Agency for Railways (ERA) published “Insight into railway innovation through patenting trends” that explores global patenting data.

Mitchell Clark, Associate at Marks & Clerk, looks at how these can be broken down on the basis of the subsystem, environmental impact, domestic policy and more, to give their thoughts on what the future of railway innovation may look like in the years to come.

Across these subsystems, EU patenting trends data indicates that the ENE and INF areas have remained relatively stable in terms of patent filings, but that CCS and RST have seen significant increases in patent filings since around 2010. In particular, the number of ‘high value’ inventions (the number of inventions for which patent applications were filed in more than one patent office) in CCS and RST increased significantly between 2010 and 2017.

Within RST, for example, the areas of suspension, traction and bodies, including passenger carriages and freight wagons, account for the largest share of observed growth. It is particularly interesting to note that  body – or skeletal design innovations – is leading the charge by some margin, indicating that attention has turned to the design of the train itself and perhaps ways in which these can be made more efficient.

In the near-mid-term future, these areas – CCS and RST – are likely to see the most technological change but one observation noticeably absent is that despite relative increases in filings in some areas, the actual number of filings remains comparatively low and very low in comparison to other transport areas such as aerospace, for example.

There could be many reasons for this disparity including comparatively fewer inventions being devised in the rail sector than in that of aerospace and other transport areas; the rail sector being less patent-focussed or perhaps less patent-aware in some cases than the other sectors; and comparatively higher research and development (R&D) spends leading to a desire to protect the increased investment by way of Intellectual Property (IP) – including patent filings.

The EU vs the World

A standout metric within the report is the relative number of patent filings by territory and a contributing factor to this trend may well be rooted in domestic policy. For example, a marked increase in filings for ‘all inventions’ by Chinese applicants can be traced back to 2013. In 2011, the Chinese government introduced a policy to increase the number of IP rights per capita, surpassing the US as the largest patent filer across all filing areas in 2019, and generating various patent-filing incentive programmes for Chinese applicants which can likely be attributed to the growth seen in this area.

When high value inventions are considered, EU applicants are filing significantly more patent applications than those in other territories. The data indicates that since 2000, EU applicants have been most active in devising inventions which are valuable enough that protection for them is sought in multiple jurisdictions – suggesting that the European Union remains a powerhouse for research and development in the rail sphere, but, the number of high value inventions from Chinese applicants has risen significantly in recent years and is likely to continue to do so. In terms of what this could mean for the wider rail industry, it’s somewhat likely that a growing emergence of Chinese innovators and suppliers in this sphere could result in more competition, which, as we’ve seen before, could ultimately lead to a squeeze on price at a manufacturing level.

Significantly, the report also takes into consideration number of filings directed towards ‘green inventions’, identifying these as technologies which “mitigate the emission of greenhouse gases in the framework of the Kyoto protocol and the Paris Agreement, as well as those technologies that facilitate the adaptation to the adverse effects of climate change”.

In the data presented, EU-based applicants are filing the highest number of high value green inventions across the four subsystems mentioned. The report suggests that this is based on know-how derived from the last few decades in combination with a favourable regulatory framework in Europe. Other reasons for the increase in high value green inventions may include the general increase in environmental awareness, both in industry and of the public; and the fact that the EU is, as mentioned above, already highly active in R&D in the rail sector.

Either way, it is clear that there is a drive toward cleaner technology development in the rail industry – and it currently far more prevalent in EU inventions.

The report also considers who the most prolific filers of patent applications in railway technologies are. When considering the top 10 innovators for all inventions in the rail sector, numbers 1 and 3 on the list are CRRC – a Chinese state-owned, publicly traded rolling stock manufacturer and KRRI – the Korean Railroad Institute – which does not come as a surprise given the patenting data that we’ve seen across other areas within the report.

In Europe, Siemens is by far the most prolific filer of applications, producing >600 high value inventions, in comparison to second-place Alstom’s ~150, between 2010 and 2017.

Notably, unlike many other technology areas, there is far less of a US-weighting in the railway technology sphere. Put another way, it appears that Europe is a territory of greater value for many applicants, than the US. This could be attributable to the US being less rail-focussed on R&D efforts. Furthermore, at least part of the EU emphasis placed on rail R&D would appear to be for environmental reasons in that rail is seen to be a cleaner alternative to personal transport. There does not appear to be an equivalent emphasis on the environmental benefits of rail in the US.

The need to protect intellectual property

There are several limitations to the conclusions drawn both here and in the report. In particular, not all innovations are protected by patent applications. These statistics will therefore not take into account any non-patent innovations (e.g. trade secrets). Furthermore, patent applications are not the only type of intellectual property and this report does not consider the filings of registered design protection, nor of trademarks.

It is clear from the report that patent filings are, for the most part, increasing in the railway technology sphere, suggesting that intellectual property is playing an ever more important role in protecting railway technology innovations. Given the increasingly important role intellectual property appears to be playing, protecting inventions should be prioritised by all innovators.

Research and development will continue to be important to ensure that rail remains an environmentally friendly, efficient, and progressive industry. Protecting inventions allows innovators to maximise returns on increasing R&D expenditure in this area and thus retain a favourable position in the market. It is expected that these trends will continue as rail plays an increasingly important role in providing green transportation for the masses.

Either way, the patent data does provide an interesting view into global railway innovations and the areas where we should continue to see advancements – both geographically and within the technology itself.