‘Small-filers’ rival the top-ten ‘mega-filers’ when it comes to extended reality patent applications, according to new analysis from Marks & Clerk 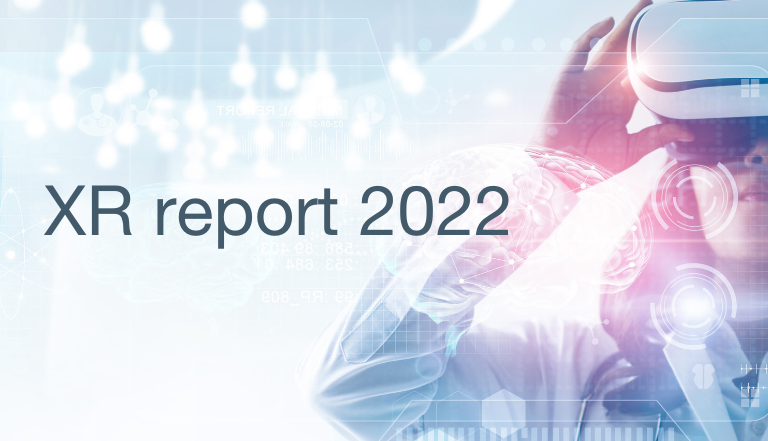 Extended reality (XR) technologies are one of the key enabling technologies for the Metaverse. The number of extended reality (XR) patent applications filed collectively by ‘small-filers’ – who typically file on average one patent application a year – is surprisingly the same as those filed by the top-ten ‘mega-filers’ according to new analysis from Marks & Clerk, the leading global intellectual property firm.

Over the course of 2016 to 2021, the ‘smaller filers’ group, which is made up of 4953 applications from firms that have five or fewer publications of XR filings, are collectively responsible for almost as many publications of PCT patent applications for XR technology over the 2016 to 2021 period as the top 10 “mega-filers” – those that filed at least several hundred and often thousands of XR patents over the period.

“Whilst many associate innovation in XR technologies that underpin the Metaverse with big tech giants, the fact that small-filers are matching the number of applications of mega-filers is a sign of the significant contributions they are making to the XR innovation landscape - it’s not just dominated by so-called tech giants. In fact, there is clearly a thriving ecosystem of small firms that are making an impression in the space.”

The findings, which are based on patent filing data for published patent applications filed at the European Patent Office (EPO) and PCT (Patent Cooperation Treaty) Patent Publications, which have a more global reach, form part of Marks & Clerks annual XR Report. The report looks at the trends in patent filings related to XR technologies from 2016 to 2021.

The report reveals that there has been a period of positive growth for PCT publications, with there being almost a fifth (19%) increase between 2016 and 2020, against an overall growth of 18% in PCT applications in the same time frame. By contrast, the picture at the EPO is even brighter, with XR publications increasing by 42% in the same period, against an overall average increase of 13% in applications.

That said, 2021 saw a 16% drop in the number of PCT publications relating to XR technology, which is most likely driven by the impact of the pandemic, especially when considering that Patent applications are usually published around 18 months after a patent application for the inventions has been first filed.

“Whilst it’s likely that the slow-down in the number of PCT publications in 2021 is due to the widespread disruption caused by the pandemic, this may have been compounded by the rapid increase in demand for remote collaboration technologies, and therefore a shift in resource from product research to product delivery to capitalise on this change. It has yet to be seen if this is just a temporary blip, or the beginning of a more general slow-down.”

On a country-by-country basis, the US continues to dominate. The PCT publication data reveals that the US is responsible for 55 times more XR publications between 2016 and 2021, than that of the second country, Japan.

When examining the EPO data more closely, whilst the US continues to dominate the XR applications with over 18,000 patent publications for XR technology over the period, overall, it’s a much more diverse picture of origin. Japan still comes second, with over 7,000 XR related patent publications, and is closely followed by China (over 5,000), Germany (over 4,000) and South Korea. The UK comes in at the eight highest filer with a respectable 1560 publications.

Drilling deeper, analysis shows that the most common technologies that are subject to patent filings, are optical systems and apparatus, such as headsets. Followed by input and output arrangements, which include eye/gaze tracking and haptic feedback devices, and image analysis, for example segmentation of images and feature or object recognition.

“It comes as no surprise that the US continues to top the charts when it comes to patent applications, and we don’t expect this will change anytime soon. However, it’s interesting to see that Japan is the second largest across both the EPO and PCT. Beyond that, it’s worth mentioning the relatively strong filing figures that arose from Israel, Sweden, Finland, Switzerland and Canada at the EPO.”

“Above all, it’s encouraging that applications are over time still rising, especially in what is a new and important technology. We cannot stress enough the importance of developers getting protections in place from the outset to ensure businesses safeguard their IP and allow themselves to maximise future opportunities and business value.”