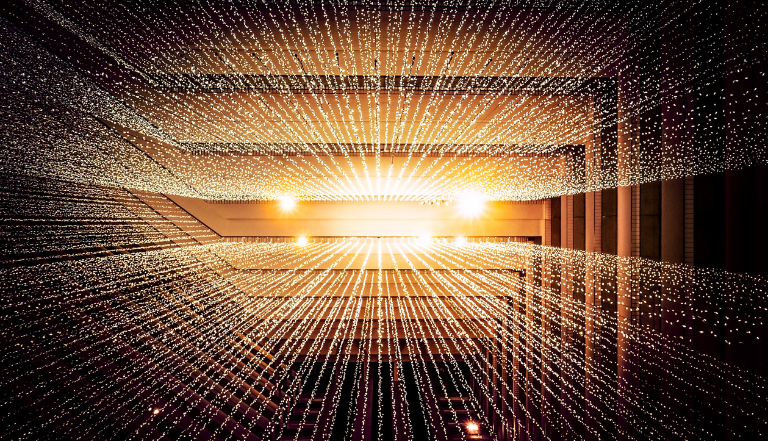 Wind power and the energy transition

The energy transition. A significant structural change in an energy system. While the current energy transition may be viewed as a modern challenge, such change has been felt by the industry before. For example, the increased use of coal on top of an increase in wood consumption in the 19th century. While that transition may have negatively impacted the environment, the current energy transition, a shift to renewable/sustainable energy, is a result of a recognition that global carbon emissions should be lowered, e.g. keeping global warming to a maximum 2°C in accordance with the Paris Agreement.

Established entities in traditional energy generation sectors, e.g. oil and gas, are transitioning to new markets such as carbon, capture, usage and storage (CCUS); hydrogen; solar; and wind. Wind power, in particular, has seen a significant increase in deployment with onshore wind farms becoming commonplace around the world. While offshore wind technology may be somewhat less commonplace than its land-based counterpart, the deployment of this technology has seen a similar increase. For example, the ScotWind programme approved 17 projects for development in UK waters. The selected projects represents a total capacity of 25 GW, with more than half of the power projected to be generated by floating wind farms.

The broad concept of wind power has been around for some time. Kinetic energy is generated by rotating blades. The rotary motion is then transferred via a gearbox to a rotating shaft to power an electric generator. While significant electrical energy may be generated both on and offshore via such wind turbines, the electric grid that collects generated electricity and controls the distribution of the electricity to businesses and homes was not initially intended to receive such power. Wind power represents a number of technical challenges for the integration with the modern electrical system. However, emerging technologies exist which can tackle these challenges. Considering how to protect innovation in these developing areas and being mindful of the complications these areas introduce will ensure companies operating in this space maximise the return and value of their R&D spending.

The adoption of cutting-edge technology such as AI and IoT devices in sector aims to address these challenges in novel ways.

For example, one commonly raised technical challenge with wind power is that onshore wind farms do not consistently produce energy. Changing wind speeds in even the best locations as well as physical obstacles mean power generation is inconsistent. This not only makes the farms inefficient, it causes a problem for the grid that has to handle varying incoming power levels. Offshore wind farms generally represent a more reliable power generation source as they can be positioned in higher wind areas; however, inefficiencies still exist. For example, wind turbines are connected via power electronic converters and long undersea cables, which can lead to unwanted harmonic voltages and currents.

To address these issues, the grid needs to adapt quickly to the variable nature of wind power. The ability to predict generated power can not only improve the efficiency of power generation, but also boost the value of a wind farm. Recently machine learning (ML) algorithms have been trained on weather forecasts and historical turbine data to predict wind power in advance of actual generation. ML models are able to recommend optimal delivery commitments to the power grid in advance of generation providing an energy source that can be scheduled. Such projects have shown an improvement profitability of a wind farm, whether on or offshore making investment in wind farms more attractive. Further artificial neural networks (ANNs) which generally mirror biological neurons and consist of input, hidden and output layers connected with weighted links have been used to construct models for forecasting wind speeds. ANNs have also been used in wind turbine control and optimization of an overall wind farm. The use of such advanced algorithms offers the possibility of improving efficiency throughout operation of a wind farm resulting in improved profitability.

Additionally, applying ML to demand side response represents another possible efficiency improvement and application. AI methods may be used to learn consumer preferences, handling dynamic pricing, and schedule and control device charging. While not necessarily unique to wind power, this could further improve overall system efficiency.

Costs of manufacturing and installing wind turbines, and the associated infrastructure such as cabling and electrical substations has fallen. However, the costs of maintaining and operating a wind farm is still significant, especially an offshore wind farm. Given the harsh environments in which offshore wind farms are located, one issue is maintaining turbine production at all times. The location of a farm may make onsite-monitoring cost prohibitive and hazardous. In new and developing farms, operational centres are used to collect data from Internet of Things (IoT) sensors located at the farm. Such sensors may collect, not only operational data on the farm, but fatigue, stress and strain conditions to predict failure allowing for pre-emptive servicing. In fact, the combination of connected devices and artificial intelligence has been used to tackle remote monitoring issues to great effect in detecting faults in wind turbines. For example, an ongoing Innovate UK R&D project has found robots and artificial intelligence are approximately 14% more accurate in detecting faults in wind turbines than conventional methods.

Components that connect to the wind farms have also been found to represent potential failure points. For example, subsea power cables failure is frequently reported as a major issue for offshore wind farms. Such failures are reported to account for 75-80% of costs associated wind power insurance claims – while cabling is estimated to make up around 9% of the overall cost of an offshore wind farm. While increasing the manufacturing spend on materials and including additional redundant cables represent possible solutions to such failures, adopting a similar combination of AI and IoT device detection may provide a more cost-effective solution.

While the use of IoT devices and AI both present possible solutions to the technical challenges of modern wind power, both present additional issues associated with big data. Distribution System Operators (DSOs) which operate smart grids that interface with a number wind farms are looking to improve the efficiency of their grids. Real time monitoring available with the IoT devices allows such a smart grid to identify a failure at a connected wind farm and respond appropriately. Furthermore, the data being input and output by the described AI algorithms represents additional valuable information. Some DSOs are turning to third party companies better equipped to process such large volumes of data and provide outsourced solutions.

This raises a number of potential issues. The sharing of data is not only a potential privacy concern, as the number of grid consumers utilising smart meters increases, but also a possible ownership complication. Privacy concerns may require user education and engagement. Regarding ownership, actors in the data value chain may claim legal ownership of the data as they themselves generate data, or because they use, compile, select, structure, re-format, enrich, or otherwise add value to the data. National legislation may be complex is regulating the ownership of such data. The global nature of collected data and the application of AI algorithms may further complicate the matter as different jurisdictions may have different laws controlling data ownerships making a single policy difficult to implement for global operators.

As DSOs operate smart grids that interface with a number of wind farms, there may be benefits in sharing information between parties in a data exchange to increase collaboration. Recent studies have shown that a coordinated deployment of the offshore grid offers cost advantages over individual connections. However, who owns the output of a ML algorithm that receives inputs from multiple 3rd parties? Who is responsible if the outputs of the algorithm results in an insurance claim or outage? Ownership issues can make data sharing problematic.

Increasing the rate of adoption of wind power could speed up the energy transition to the benefit of the entire globe. ML and AI generally represents a novel technology to tackle the technical challenges of operating wind farms and integrating such farms, in particular offshore wind farms, into the grid. Protecting technical advancements in ML algorithms as they are applied to wind power with intellectual property such as patents ensures business in this sector enhance the market value of their innovations while also protecting their first mover proprietary advantage. However, the use of AI, and IoT devices introduce potential challenges as well. Considering data ownership early in collaboration agreements provides greater transparency to all negotiating parties strengthening business relationships and protecting all involved.

Wind power will undoubtedly be a significant part of the energy mix of the future. Protecting and future proofing the technical advancements of today will ensure that wind power is efficient and high value for all involved. Utilising IP experts, aware of the potential legal pitfalls in these high tech sectors, ensures businesses can maximise the value of their R&D spending.