To disclose, or not to disclose? That is the question. 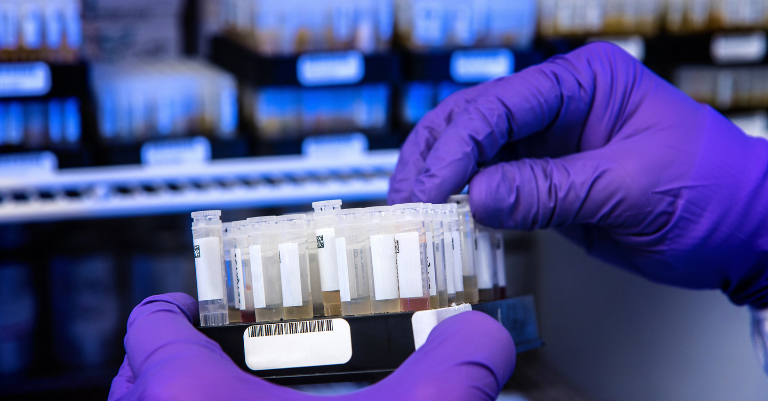 With apologies to Shakespeare, here we discuss the difficult question of what information to include in your patent application, focussing on a decision concerning biological deposits – specifically a hybridoma. In this particular case the hybridoma did not serve as a claim limitation, thus the claimed invention (an antibody) was found to lack novelty.

Disclosure of your invention, particularly when it is complex and perhaps not fully understood/characterised can be difficult to appropriately balance when preparing your patent application. You don’t necessarily want to give away all your knowhow but nor do you want to fall into the insufficiency trap. For biotechnological inventions, such as a particular microbial strain or an antibody, where the invention may not have been completely structurally or genetically characterised, it may be possible to submit a biological deposit to allow patent disclosure requirements to be met. The deposit is usually taken as disclosing the invention in sufficient detail to allow the skilled person to make and use it.

However, a recently published European Patent Office (EPO) Board of Appeal decision, T 32/17, found a claim to a monoclonal antibody defined in part by a deposit invalid. In particular, the claim was to an antibody defined by two features – the ability to recognise a specific vitamin (i.e. a functional feature) and that the antibody in question was produced by one of a specific list of deposited hybridomas (i.e. a product by process feature).

Surprisingly, the Board of Appeal decided that despite the deposit of hybridomas (and hence the assumed availability of the antibodies to the skilled person) this feature could not be used to distinguish novelty because there was no structural or sequence information for these antibodies. That is, the feature that the antibodies were produced by a particular hybridoma could not in itself distinguish the antibodies as such from prior art antibodies with the same functional property of recognising the specific vitamin.

Despite the patentee’s argument that the skilled person would easily be able to derive the antibodies, given that the hybridoma had been made available via a deposit, this process feature could not be used to provide novelty in a claim. In particular, the Board referred to the general case law requirements for product-by-process claims, and clarified that it is the burden of the patentee to demonstrate that a process feature of a product-by-process claim gives a “distinct and identifiable characteristic” to the resulting product. In short, this meant that this particular claim was only limited by the functional feature, and so lacked novelty over prior art antibodies against the vitamin.

The use of hybridoma deposits to define an antibody is less common than it once was, thanks to the relative ease of determining sequence information. However, this decision has broader implications for product-by-process claims where the process references a biological deposit (e.g. a specific cell line or microorganism). It appears that this process feature may not confer novelty, unless there is information in the application as filed that characterises the particular biological or chemical profile of the end product. For example, a claim to a beverage or food product produced from fermentation from a specific deposited yeast may not be novel over a product produced by an alternative fermentation source, unless there are specific chemical or functional characteristics of the resulting product that is included in the application as filed. Such information may not be strictly necessary for the skilled person to carry out the invention and therefore, in the normal course, the patentee would prefer to limit its disclosure.

One justification for the patent system is that a patentee must disclose their knowhow in exchange for their monopoly. Clearly this decision, which arguably may lead to a patentee needing to disclose additional knowhow, could tip the balance in favour of the trade secret route to the protection of a new product for which we would recommend seeking careful and tailored advice in each case.

Alternatively, this decision gives further weight to the argument that relying on biological deposits to define an invention may be a poor choice if the invention can be defined in any other way. This is because the law dictates that a biological deposit can be inspected by any interested party after the patent is published, and can be freely accessed for any purpose after the patent expires. Therefore, rather than giving competitors access to a biological deposit that may directly lead to the commercial end product (e.g.. the disclosure of a transgenic cell line that expresses a mutant enzyme with a useful commercial property), it is likely to be more beneficial to explore broader ways of describing an invention. For example, characterising and claiming a specific mutation in a transgenic cell line, and claiming the cell line with reference to this mutation, rather than relying on a deposit of said cell line; or indeed trying to characterise the end product.

Accordingly, although biological deposits can be a precise and simple way to define an invention, and can be helpful where an invention cannot be defined in any other way, patent applicants may be well advised to seek to avoid relying on such deposits for both legal and commercial reasons.