The Importance of Diagnostics 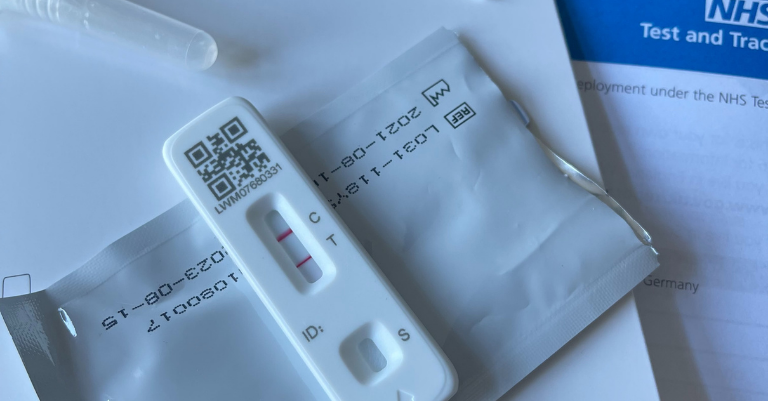 I would expect that practically everyone is now well aware of lateral flow tests and PCR, indeed many of us now have first-hand experience of these tests. To date over 400 million lateral flow tests and almost 180 million PCR tests have been carried out in the UK alone, since the start of the pandemic (https://coronavirus.data.gov.uk/details/testing). However, I began to wonder how many people actually know how these tests work and the innovation, which has gone into their development?

Lateral flow tests were initially developed decades ago and are used not just in the field of medical diagnostics, but many other industries, including in food and environmental safety. There are literally dozens of patents directed to the technology underlying lateral flow devices and a seminal patent is US6,485,982.  Many women will have come across a lateral flow test, as it is the most common form of over the counter pregnancy test. A significant advantage is their simplicity of use; variety of sample fluids that may be employed; speed and the ability to read the result with the naked eye, without necessarily requiring any specialist analytical equipment. As many will know, the result is often displayed as a coloured line, which can easily be interpreted by the user, but how is this colour line formed?

However, for increased sensitivity and/or the ability to discern between virus strains, other tests, such as PCR tests can be employed. Although referred to as PCR tests, for simplicity, there is in fact a variety of similar tests employed, but PCR is by far the most common. More correctly, these tests should be referred to as nucleic acid amplification tests, as they are all directed to amplifying (or increasing the amount of) nucleic acid target to be detected. Nucleic acid is the code from which proteins, such as the spike protein on the surface of Covid-19 are derived.

PCR stands for polymerase chain reaction. The inventor of PCR, Kary Mullis (who won the 1993 Nobel Prize in chemistry for inventing it), described it as a “simple technique”, but what a wonderful understatement that was. PCR is considered as a gold standard in terms of testing and like lateral flow tests, is used in a wide variety of fields. As will be explained, PCR relies on a process in which different temperatures are employed and the process is repeated, or cycled, a number of times. Nowadays this process is conducted using an apparatus called a thermo-cycler, which is designed to quickly change and cycle between the various temperatures and allow the process to proceed automatically. However, when I was an undergraduate at University, shortly after PCR was invented; such thermo-cyclers were not readily available and were very expensive. Thus, in a lab experiment, I had to carry out a PCR reaction by hand, having to move continuously my reaction tube between various hot-water baths, which were each set to a required temperature. It is quite amusing to look back on such a “Heath Robinson” process, but it did work!

I am also pleased to say that I met Kary Mullis many years ago, when Marks & Clerk sponsored a talk he gave at Glasgow University. Kary very graciously acknowledged the fact that we had done so and told an amusing story about when he invented PCR. He said that he came up with the idea one evening when working for his company. He realised its potential significance and wanted to tell someone about his idea, but as it was relatively late, the other scientists had all gone home. However, he knew that the patent attorney working for his company would still be in, as he always worked late. I am not sure what that says about us patent attorneys, but we do love to learn about new inventions, whatever the time of the day.

COVID-19 is as an RNA virus, which means that it is coded for by RNA, rather than DNA. Thus, it is first necessary to make a DNA copy of its RNA, but otherwise the process is the same as amplifying DNA.

DNA is a double stranded molecule and it is first necessary to separate or denature the two strands of DNA, using a very high temperature, typically around 95°C. The temperature is then reduced to between 45° – 60°C and under these conditions, two short DNA stands, which are designed to bind to either end of the target DNA to be amplified, or copied, bind to the separated DNA strands. The temperature is then raised to about 72°C and an enzyme, known as a DNA polymerase (hence the name – polymerase chain reaction), is then able to make a copy of each of the separated DNA strands. This is the first round of the reaction and a single double stand of DNA is made into two identical DNA copies.

This process is repeated a number of times, with the number of copies doubled each time. Repeating the process 30 times, leads to over a billion copies being generated form an initial single target DNA. The process is extremely sensitive as it can be used to detect only a few copies of the target DNA initially present in a sample. Moreover, through appropriate design of the two short DNA strands, it is possible to ensure different target sequences are amplified, which is how it is possible to tell if an individual is infected by a Delta or Omicron variant of COVID-19, for example.

As mentioned above, the beauty of PCR is its simplicity, but that does not mean that it is any less inventive. It should also be appreciated that a great deal of refining and improvement was likely required following Kary Mullis’ lightbulb moment. Moreover, although Kary told an amusing story about speaking to his company’s patent attorney, he did recognise the importance of speaking to him about his invention and the need to protect it.

Lateral flow and PCR tests are just two examples of literally hundreds of diagnostic tests, which have been developed over the years. They have of course been of extreme importance during the pandemic, but other tests have been developed during this time and I am delighted to have worked with my clients to secure protection for their ideas. Who knows, perhaps one of them, in the years to come, will become as famous and important as the lateral flow or PCR test.

Those, who know me, appreciate I have a passion for diagnostic tests and the eloquent technology which underpins them. The most rewarding aspect of my job is that I get privileged access to new technology and am able to assist my clients secure and enforce their IP. I and my colleagues at Marks & Clerk, recognise the importance of diagnostic test development and look forward to working on the next great diagnostic invention.