Polymers: transition to a sustainable future 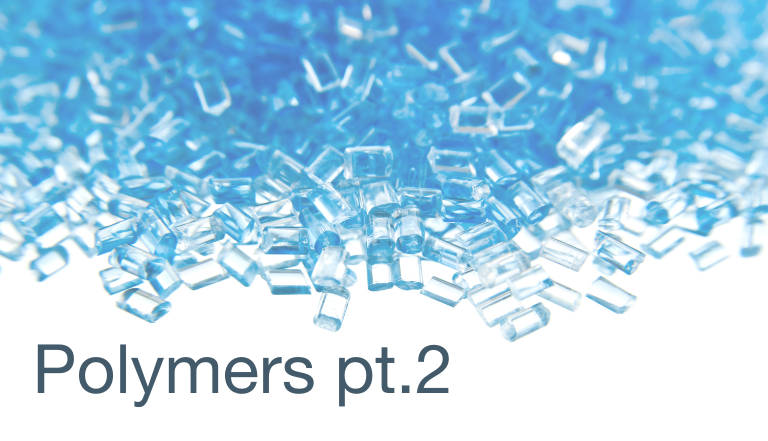 One of the major environmental issues facing the planet today is rising levels of plastic waste. According to a recent OECD study, we are producing twice as much plastic waste as 20 years ago and only 9% of that waste is successfully recycled. The majority is incinerated, ends up in landfill, or is leaked to the environment.

The challenge this poses cannot be understated. Plastics are ubiquitous in nearly every type of industry from transport and construction to electronics and cosmetics. In the health sector, plastics are essential - the recent pandemic has seen an exponential increase in the use of PPE, testing kits, etc., all relying on plastics.

Many factors will play a role in reducing global plastic pollution. International and national regulations will aim to reduce reliance on single use plastics and to move society away from the traditional linear plastics economy (see our accompanying article “Single-use plastics: a law unto themselves”). Education of the global population will ensure public support for policy changes and assist in their implementation. Innovation will also have a key part to play as we move towards a more sustainable future. Critical to achieving full circularity for plastics will be innovation in recycling methods and alternative plastics.

Patent filing data provides one metric to gauge growth and global trends in emerging technologies and in late 2021, the EPO released a report summarizing a comprehensive review of innovation trends in the sector (Patents for tomorrow’s plastics: Global innovation trends in recycling, circular design and alternative sources). Some of the key findings in the report are discussed below.

In 2018, according to a Plastics Europe report, only about one third of Europe’s 29.1 million tonnes of plastic waste was recycled. Part of the issue lies in the complexities of post-consumer plastics recycling – which are generally received in the form of mixed plastics, requiring separation and cleaning before recycling methods are applied. Consequently, many recent innovations have (not surprisingly) been found in more advanced sorting and separating methods (for example, relying on the use of optical recognition and Artificial Intelligence (AI) technologies).

In terms of recycling methods – these can be broadly separated into three categories: mechanical, chemical and biological. Mechanical (plastic to product) recycling relies on the melting or reforming of thermoplastics into new products (e.g. without significant change to the structure of the material). Chemical recycling encompasses a range of methods including pyrolysis, gasification, hydro-cracking and depolymerisation that results in breaking down the polymer into smaller molecules (and even, sometimes, the constituent monomers) that can be used as feedstock for new chemical reactions. Biological recycling relates to the controlled degradation of polymers into compost or monomers via the use of microorganisms or enzymatic processes.

The potential offered by these methods appears to be reflected in the filing trends as reported by the EPO. Chemical and biological recycling methods generated the highest level of patenting activities in this area over the last decade with more than double the number of the IPFs (international patent filings) when compared to IPFs relating to mechanical recycling.

Over the last decade, the US has led the way in this field, contributing around 36% of all IPFs relating to chemical and biological recycling. Europe comes in second with approximately 26% of all IPFs.

Interestingly the report highlights that a large proportion of filings in chemical and biological recycling methods originates from universities and public research organisations, or “upstream” research. Again, the US and Europe dominate, each providing 29% of the total of the IPFs originating from upstream research in this sector. However, notably, for Europe this dominance in upstream research is not translating into industry. The EPO Report highlights a statistic that US start-ups and scale-up companies have generated four times as many IPFs in the last decade compared to their European counterparts (despite the similar IPFs for upstream research for both the US and Europe).

It is beyond the scope of the EPO report to address the question of why Europe should be lagging behind the US in terms of commercializing this upstream research but it does suggest that Europe is not exploiting its full potential in this sector and that more could be done to support the transferal of these technologies into industry.

The second focus of the report is on “alternative plastics”: a term used to encompass plastics that have been designed to increase biodegradability and/or recyclability, plastics made from bio-sourced monomers, and plastics made using carbon dioxide itself. Whilst none of these alone offer a full solution to the problem of plastic pollution – in combination they can help to reduce the reliance on fossil-fuel derived monomers and the issues associated with non-biodegradable plastics.

One significant area of research lies in the development of polymers that can be more easily recycled. In some cases, this can be achieved by the addition of additives (which promote the recycling process). In another strategy, polymers are based on covalent adaptable networks (CANs).

The report particularly highlights that the rapid growth in patenting in this field over the years 2015 to 2019 is largely attributable to innovations in dynamic covalent bonding. In 2019, the IPFs based on dynamic covalent bonding made up approximately 68% of the total IPFs relating to polymers adapted for recyclability. Dynamic covalent bonding is based on three dimensional macromolecular chains in which the cross-links are able to break and reform reversibly – offering a key advantage over traditional thermosetting plastics (in which the cross-links are irreversible). This has great potential in addressing some of the issues encountered when recycling the thermoset plastics typically used in certain applications such as aerospace, construction, transport and microelectronics.

Japan has established a dominant position in this field. With Japanese-based applicants filing around 50% of all the IPFs in the field of dynamic covalent bonding. However, in terms of fundamental research carried out by universities and public research organisations, only around 7% originate from Japan. This is contrasted with 40% and 30% generated by US and European institutions respectively.

Again this is another instance where European institutions and innovators could be missing an opportunity to drive forwards the commercialization of their research.

Bioplastics is a term used in the field (and the EPO report) to encompass all plastics that are biobased, biodegradable, or both. The patent filing data gathered by the EPO shows that the growth in bioplastics filings mirrors the trend seen in conventional plastics, which suggests that the proportion of research and development activities devoted to this subset of polymers has not changed in the last thirty years.

Taking a more detailed look at this data, it is clear that the majority of filings in the bioplastic field are in the area of chemically modified natural polymers (including chemically modified cellulose, starch and other polysaccharides). Another significant group of filings is that based on bio-sourced monomers. Whilst polymers made from bio-sourced monomers are often not biodegradable, they are derived from renewable feedstock and so offer the advantage of decoupling polymer production from fossil fuels. IPFs based on polymers derived from bio-sourced monomers have seen steady growth over the last 20 years and make a significant proportion (21%) of the IPFs produced by universities and public research organizations in the field of bioplastics.

Returning to a common theme running through the report, both Europe and US are the principal players in terms of innovation in bioplastics, each contributing about 30% of the total IPFs in the sector.

Another emerging technology that is spotlighted in the report is the use of carbon dioxide as a raw feedstock in polymer production. Such a process offers the opportunity to form polymers in a more sustainable way, in particular carbon emissions released during the process can be captured and returned to the cycle. What is more, the capture and conversion of carbon dioxide into high value products offers an additional tool to combat rising atmospheric carbon dioxide levels. These CO2-based processes have only been made commercially viable in the last decade by the development of the highly specialized catalysts that are used to drive the process.

The overall numbers of IPFs are small at present and the patent filing data indicates that the technology is concentrated (for now) in a small number of companies that are largely based in Europe and the Republic of Korea. However, the EPO has clearly earmarked this innovation as a significant area of development for the field.

This is further evidenced by their recent nomination of Christoph Gürtler and Prof. Walter Leitner for the European Inventors Award. These inventors developed a commercial process to react CO2 with alkylene oxides to produce polyols. These polyols are marketed by Covestra® under the name cardyon® and are used to make polyurethanes for foam mattresses, adhesives, padding and in car interiors.

There are of course limitations to what patent filing data can tell us about innovation trends. The number of filings is not a measure of the quality of the patent or the value of any particular product or process.  Nor do patent filings allow us to quantify innovations that are kept as trade secrets. That being said, the chemical sector and polymer industry has traditionally embraced patent filings as a preferred way to protect innovation and so it is reasonable to expect that a large proportion of innovation in recycling and alternative plastics will also be protected by patent filings.

Therefore, our view is that the EPO Report does provide a highly useful guide to innovation trends in plastics recycling and alternative plastics. The analysis of IPFs originating from universities and public research organisations is a particularly helpful gauge of fundamental research and where there are future opportunities for commercialization.

It is notable that in many emergent technology areas (including chemical and biological recycling and bioplastics), the US and Europe appear to dominate in the upstream research originating from universities and public research organizations. However, the challenge for the future is to ensure that this fundamental research is commercialized (whether by licensing and/or the formation of spinouts/start-ups). It is only then that we will reap the long-term economic and environmental benefits of these innovations. 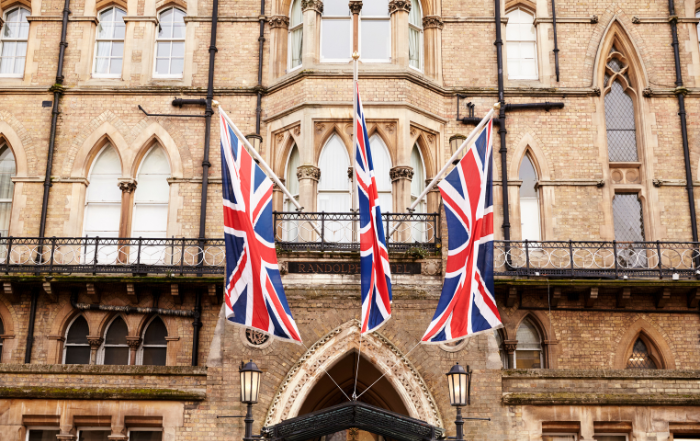 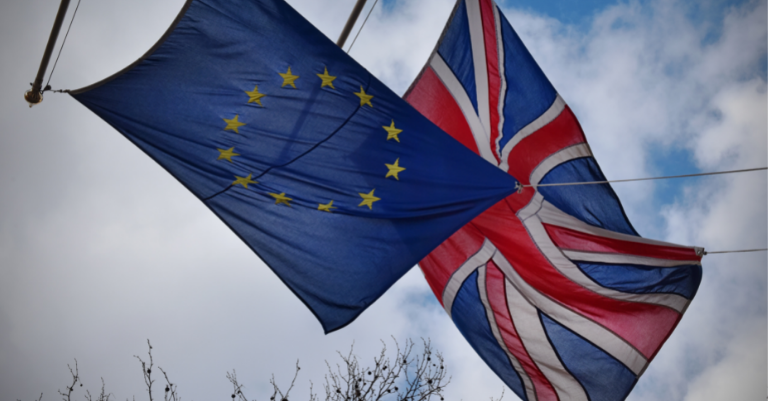