E-scooters - manufacturers continue to invest despite rules against road-use 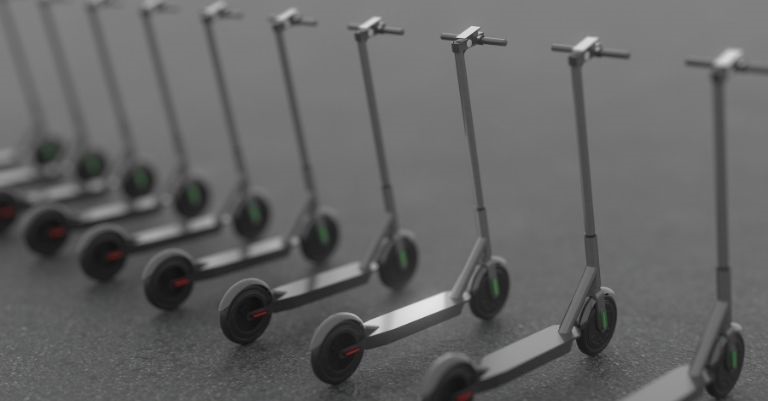 In the UK at the moment you can’t use your own e-scooter on the road, but a government trial could change all that. In the meantime, e-scooter manufacturers are marketing hard to consumers and busily using intellectual property to protect their creations. We take a look at what has been happening.

You may have noticed someone using an e-scooter recently (the stand-while-riding type). In recent months I would regularly see a fellow-commuter waiting on the platform for the train holding his e-scooter. Perhaps you have thought “would one make sense for me?”

Judging by their increasingly widespread use, and conceptual similarities to electric bikes, you may be forgiven for thinking that they can be freely ridden on roads. This is, however, not the case.

Under current rules, e-scooters can’t be used on roads because most of them don’t have rear red lights, indicator lights and number plates. Besides this, e-scooters are, at present, classified as “motor vehicles”, which means for road use they would need to be insured and taxed, among other things, which is difficult in practice.

The UK government is currently conducting e-scooter trials to help it decide whether a change in rules is needed. The trials are for rental e-scooters only, and are limited to certain geographic areas. You may be able to rent one as part of the trial scheme. Currently, however, you can’t use your own e-scooter in public areas (including roads), but only on private land.

This has not stopped e-scooter manufacturers from intense marketing of e-scooters to consumers in the UK, with a wide choice available and typical prices ranging from around £100 to around £1000. Big-name manufacturers are involved like Lamborghini and also Segway. No doubt much of the investment from manufacturers is driven by the looser rules that other countries have on e-scooter use on roads, notably the US and much of Europe.

It is interesting to look at what evidence there is of manufacturers taking steps to protect their investments using intellectual property. For example, US company Razor has been active in this area, and has been looking to protect with patents different aspects of its scooters, ranging from airless tires to battery packs and anti-theft mechanisms. Razor has also been busy when it comes to registering the visual appearance of its electric scooters using registered designs. Much of this effort has been aimed at protection in China where there is a growing sense that intellectual property rights are being taken more seriously, and non-Chinese companies can be successful in enforcing their rights (read here about Jaguar Land Rover’s 2017 court win in China over its Evoque model against a local Chinese manufacturer.)

Chinese e-scooter maker Xiaomi has also been very active in seeking to obtain patents and registered designs, and one particular area it has been looking at is the folding mechanism allowing the vertical stem (the part that has the handlebars) to be folded down flat to the deck. This of course allows the scooter to be collapsed for ease of carrying. The long-lasting success of folding Brompton bikes shows the potential rewards for makers who get this right. (See our article here on a court case involving copyright protection for Brompton bikes.)

The outcome of the government’s trial will be crucial. The trial is intended to gauge the benefits and risks of e-scooters, and was originally expected to run until summer 2022, but reportedly is now being extended to November 2022, after which a decision on whether to legalize use of privately-owned scooters on roads is expected.

If the decision is to open the roads to e-scooters, sales could really take off: with their light weight and small folded-down size, e-scooters have the edge over electric bikes for portability and convenience.