Dosage Regimens: Are They Patentable in Singapore? 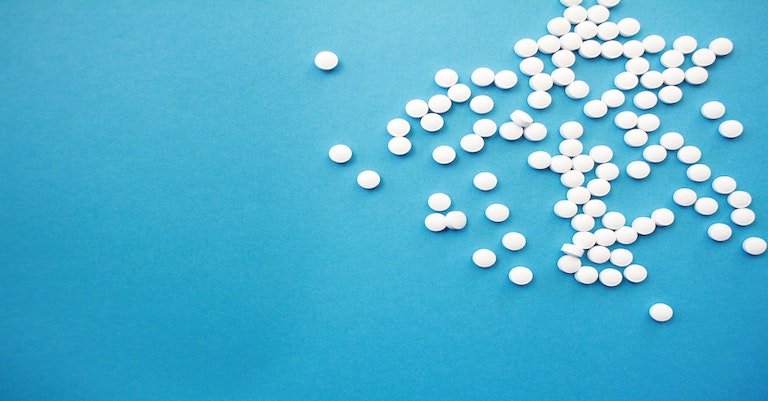 Are dosage regimens patentable in Singapore? Well, the IP Office of Singapore (IPOS) thinks so, because its Guidelines for Patent Examination clearly states that dosage regimen patents should be considered patentable based on relatively recent case law from the UK. However, Singapore’s courts have yet to rule on this issue, so some doubt remains because Singapore’s judges have regularly ruled against applying UK law if it is deemed to have been significantly influenced by the European Patent Convention (EPC). That may be the case for dosage regimens and we discuss this further below.

With a highly developed economy and world-class healthcare sector, Singapore punches well above its weight in terms of market size for pharmaceuticals. Singapore has the highest per-capita spending on healthcare among the Association of Southeast Asian Nations (ASEAN). Additionally, the Singapore Government expects healthcare spending to rise significantly faster than GDP due to the aging of its population.  These facts, combined with a generally patentee-friendly court system, a robust patent-linkage system (discussed in our previous articles here and here) and its position as a leading regional shipping and healthcare hub, makes pharmaceutical patent protection in Singapore much more valuable than the city-state’s small population would initially suggest.

As Singapore’s patent law is modelled closely on the UK’s, Singapore’s courts tend to look favourably on decisions from the UK courts on issues where there is no local precedent. Therefore, in order to fully appreciate the situation in Singapore, we must first consider the UK’s position on dosage regimens.

Context: Situation in the United Kingdom

A key turning point on the patentability of dosage regimen patents in the UK was the Court of Appeal decision in Actavis UK Limited v Merck & Co. Inc [2008] EWCA Civ 444 (Actavis v Merck). Prior to this decision, it was widely accepted that dosage regimens were not patentable. This was based on an earlier Court of Appeal decision in Bristol-Myers Squibb Company v Baker Norton Pharmaceuticals Inc & Anor [2000] EWCA Civ 169 (BMS). This earlier decision held that a claim which differed from the prior art only in how the medication was applied was an attempt at disguising an unallowable method of treatment (methods of treatment are excluded from patentability in the UK and Singapore). It also held that the claims of the relevant patent lacked novelty.

Notably, the European Patent Office (EPO) allowed dosage regimen patents before BMS was decided – and continued to do so after the BMS decision. This led to a fundamental incompatibility between the UK’s position on dosage regimes and that of the EPO, potentially meaning that all EP(UK) patents directed to dosage regimens were effectively invalid and therefore unenforceable. It is notable that the EPO expressly disagreed with (and even criticised) the UK Court of Appeal’s decision in BMS – this included the EPO’s Opposition Division, who considered the same BMS patent (EP 0584001), as well as an EPO Technical Board of Appeal (in T1020/03). The Court of Appeal discussed this criticism from the EPO in Actavis v Merck, which led (at least in part) to the Court overturning its original position as expressed in the BMS decision and holding that dosage regimen features in second medical use claims are:

The Court of Appeal’s new position was binding on lower UK courts and brought the UK’s law into line with the EPO’s interpretation of the EPC. Indeed, the Court of Appeal explicitly referred to “following” the EPO’s position on this issue. However, Actavis v Merck did not open the floodgates to dosage regimen patents in the UK. The judgement noted that dosage regimens resulting from routine optimisation of dosage during clinical trials would not be patentable, and went on to state:

“… we would hold that Swiss form claims are allowable where the novelty is conferred by a new dosage regime or other form of administration of a substance … [however] nearly always such dosage regimes will be obvious — it is standard practice to investigate appropriate dosage regimes. Only in an unusual case such as the present (where … treatment for the condition with the substance had ceased to be worth investigating with any dosage regime) could specifying a dosage regime as part of the therapeutic use confer validity on an otherwise invalid claim.” [Emphasis added]

The Actavis decision was consistent with the EPO approach, where claims drafted in the Swiss-style format, by virtue of being directed at manufacture, avoid any conflict with provisions prohibiting patenting of methods of treatment. This had been the EPO’s approach since G05/83, the Board of Appeal in T1020/03 saw no reason to change the EPO’s practice even in view of the BMS decision in the UK.

A recent UK Supreme Court decision, Actavis Group PTC EHF and others v ICOS Corporation and another [2019] UKSC 15, endorsed the Court of Appeal’s approach to dosage regimen patents. In this case, a patent owned by Eli Lilly was directed to the administration of lower doses of tadalafil than were disclosed in the prior art. The patent was held invalid due to a fact-specific dose response curve that would inevitably have been discovered during clinical trials and would lead a skilled team to investigate such lower doses, where they would have found that the lower doses (unexpectedly) worked. Thus, the Supreme Court confirmed that dosage regimen patents have to clear a high bar in order to be novel and inventive, but are patentable in principle.

The current practice at IPOS is that inventions based on new treatment methods with known drugs are in principle patentable and do not constitute disguised methods of treatment. It does not matter whether the new treatment method is a new route of administration or a new dosage regimen – both are patentable subject-matter in principle. Therefore, provided that a dosage regimen is novel and inventive it should be possible to obtain a granted patent in Singapore. The IPOS Guidelines for Examination refers to Actavis v Merck and notes that in most cases, a new dosage regime will generally be presumed to lack inventiveness unless there is a clear technical prejudice pointing away from the claimed dosage regime. This is in line with Singapore’s tendency to follow UK patent law.

However, since the issue has not yet been heard by a Singapore court, the validity of dosage regimen patents is not yet certain. While there may be a presumption that the courts will follow IPOS’ practice on the matter, this is not a given. As noted above, Singapore’s courts have rejected decisions from the UK courts when it felt that the decision strays from the fundamental principles set out in the Singapore Patents Act. For example, the strict EPO approach to added subject-matter in relation to intermediate generalisations was rejected by Lee Seiu Kin J in Novartis AG and another v Ranbaxy (Malaysia) Sdn Bhd [2012] SGHC 253, where the judge noted that while the EPO’s approach to added-matter is now firmly entrenched as part of the UK law, “the policy-oriented rules applicable in England by virtue of the European Patent Convention should not be unthinkingly adopted in Singapore without an examination of its compatibility with the local statutory regime”. The Singapore courts have also been resistant to other recent changes in UK law, and explicitly rejected the adoption of a doctrine of equivalents introduced by the UK Supreme Court in 2017 as inconsistent with the Singapore Patents Act (Lee Tat Cheng v Maka GPS Technologies Pte Ltd [2018] SGCA 18). In part, the reasoning applied by the Singapore courts is that UK law has adapted to conform to the requirements of the EPC as interpreted by the EPO, meaning that the UK courts tend to ignore or reject their own older jurisprudence.

Given the Singapore’s courts tendency to follow UK case law that is undiluted by the influence of the EPO/EPC, there appears to be a chance that the Singapore courts could decide that dosage regimen patents are not patentable because they relate to a method of treatment. Even though Singapore is generally seen as being patentee-friendly, this does not fully apply to pharmaceutical patents, where it is virtually impossible to obtain an extension of time for regulatory delays. Given this, there appears to be a reasonable chance that evergreening patents, such as dosage regimens, may find the Singapore courts a less-favourable environment than might be expected.

Finally, even if dosage regimens are approved by Singapore’s courts, decisions on dosage regimen patents are likely to be highly fact-specific. Therefore, decisions may turn on the expert evidence relating to what a skilled person faced with relevant prior art would actually have done during their dosage investigations.

Are dosage regimen patents worth pursing in Singapore?

Despite the possible issues relating to the validity of dosage regimen patents, they are still worth obtaining in Singapore.

In the first instance, IPOS has indicated that it will grant patents directed to dosage regimens, and so it is possible to obtain a granted patent and such a patent must be presumed to be valid. Singapore has a generally fast and efficient examination procedure with English as the language of proceedings, without onerous formal requirements.

Second, once a patent has been obtained, it will help to dissuade generics companies from entering the market. Singapore’s courts are generally patentee friendly and much like the UK, the winner in any dispute is able to seek a cost award. As such, any generic launching at risk is open to losing both an infringement lawsuit and also being responsible for (a portion of) the patentee’s costs.

Third, by virtue of Singapore’s patents linkage scheme, a dosage regimen patent may even be a hurdle to a generics company seeking to launch a product using a different dosage to that covered by the patent, as explained in our articles mentioned above.

Fourth, litigation in Singapore is relatively expensive. Given this, upon weighing up the costs and benefits of early market entry into Singapore, a generics company may decide that the cost of litigating a dosage regimen patent does not justify the risks associated, considering the relative size of the Singapore market. However, before defending a dosage regimen patent, an innovator company will also need to consider the cost of litigation against the expected market returns in Singapore over the remainder of the patent’s life.

This article was first featured in Issue II of the 2021 The Life Sciences Lawyer magazine.

Please direct any questions regarding the validity of dosage regimen patents in Singapore to the authors, James Kinnaird and Tim Headley.