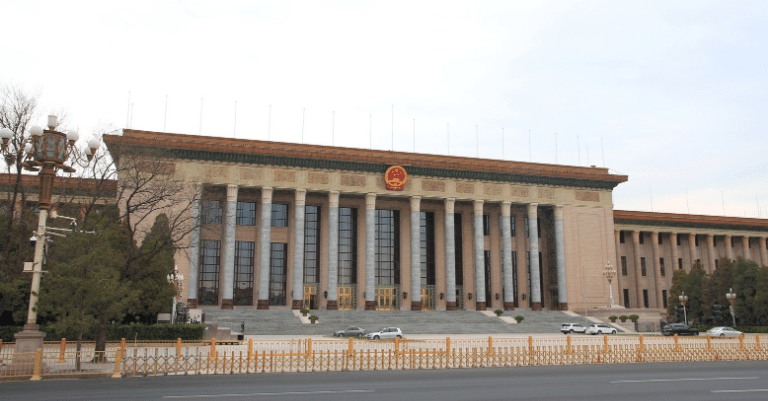 On 17 October 2020, the Standing Committee of the National People’s Congress of China approved the fourth amendment to China’s Patent Law. It has been 12 years since the last amendment in 2008.

The fourth amendment addresses some of the patent protection measures outlined in the US-China Phase One Trade Agreement signed in January 2020, and provides for many long-awaited changes. The changes also seek to bring portions of the Chinese Patent Law into better alignment with US and European laws and so should be welcomed by International businesses. These amendments will take effect on 1 June 2021. Below is a brief discussion of some of the noteworthy highlights.

These changes should be welcomed by patent holders and pharmaceutical companies as they align Chinese Practice with international patent and regulatory laws which also allow for extensions due to unreasonable delay by the China Intellectual Property Administration (CNIPA, formerly SIPO) and regulatory agencies.

New Article 42 provides for a general patent term extension scheme. Specifically, the term of an invention patent may be extended, if a patent is granted after four years from its filing date and three years from the requesting of the substantive examination and encounters “unreasonable delay” during its prosecution. What constitutes “unreasonable delay”, however, is not further elaborated. It is expected that the Implementing Regulations of the Patent Law and the Guidelines for Patent Examination will be amended accordingly, with more details on the scheme. It should be noted that patent term extension is NOT available to utility models and designs.

However, the framework of the system is only outlined at a high level. Detailed rules under the framework are yet to be set forth by the CNIPA and National Medical Products Administration (NMPA, which is China’s equivalent to the US’ FDA). The NMPA published draft Implementing Regulations of Early Settlement Mechanism for Pharmaceutical Patent Disputes (Trial) for public comment in September 2020 [Chinese text accessible via NMPA’s website].

New Article 42 establishes potential CNIPA grants of patent term extensions for pharmaceutical patents. The CNIPA may grant a maximum of 5 years’ extension to the term of a pharmaceutical patent, with the proviso that its effective patent term does not go beyond 14 years after the grant of the marketing approval of the patented drug. The purpose of the patent term extension mechanism is to compensate for the time period consumed in conducting clinical trials and obtaining marketing approval for the patented drug.

As with the patent linkage system, the patent term extension mechanism is currently only described at a high level, and the detailed implementing measures are yet to be set forth by the CNIPA and the NMPA.

Three specific changes will greatly expand the scope of available design rights in China, as well as the term of design protection.

Pursuant to new Article 2, partial design protection will now be available for the first time in China, which will be a large benefit to design patent applicants. This appears to be a particularly welcome change to applicants seeking to protect GUIs (Graphical User Interfaces).

Currently, protection for a GUI cannot be achieved unless the GUI is incorporated into a product [see, e.g., Apple Inc. vs. Patent Re-examination Board of State Intellectual Property Office, (2014)高行(知)终字第2815号], which presents challenges for establishing infringement. Under the current scheme, infringement of a GUI design is only found when the use of an allegedly infringing product is the same as or similar to that of the product carrying the protected GUI. As such, with new Article 2 coming into force, the potential scope of Chinese designs is broadened.

New Article 42 extends the design patent term from ten years to fifteen years. At the moment it is unclear as to whether new Article 42 will only be applicable to design applications filed on or after 1 June 2021, the date on which the new amendment takes effect.

Companies having R&D in China will need to be aware of the changes below related to service inventions and inventor remuneration.

New Article 15 provides that an employer is encouraged to share with an inventor or designer gains from innovation, by way of stocks, options and dividends etc. It is yet to be seen whether and how the relevant rules in the Implementing Regulations of the Patent Law relating to inventor remuneration will be amended accordingly.

Former Article 72 relating to (employer) penalties for deprivation of the right to file a non-service invention patent is deleted, suggesting a more restrained position from administrative agencies.

China has been using a “dual-track” scheme for patent dispute resolution. That is to say, both various levels of Intellectual Property Offices (e.g., the CNIPA and local/regional Intellectual Property Offices) and courts have been adjudicating patent-related disputes. The current “dual-track” scheme for patent dispute resolution will continue to exist under the amended Patent Law.

Under the administrative track, the CNIPA has new administrative capacity to adjudicate patent infringement disputes of national significance pursuant to new Article 70. Also, by operation of this article, local/regional Intellectual Property Offices may request the involvement of Intellectual Property Offices higher in the government hierarchy for patent infringement across various administrative regions/districts. Pursuant to new Article 68, the maximum fine for patent counterfeiting allowed under the administrative track increases to five times the unlawful gain or to RMB 250,000. The previous version of the article provides for a maximum fine of four times the unlawful gain or RMB 200,000.

The evidentiary burden a plaintiff has to discharge in determining the amount of damages is also reduced by operation of new Article 71. The article provides where a plaintiff has performed due diligence in producing evidence but key evidence relating to infringement activities is in the possession of the infringer, the evidentiary burden in proving the amount of damages will shift to the infringer. However, similar wording has already been set forth in an opinion entitled “Opinion on Increasing Levels of Punishment for Intellectual Property Infringement According to Law” issued by the Supreme People’s Court [法发〔2020〕33法发〔2020〕33号, Chinese text accessible at website of Supreme People’s Court at: http://www.court.gov.cn/fabu-xiangqing-255591.html], which took effect in September 2020.

New Article 74 increases the limitation period for infringement claims and claims for fees for exploitation during the interim protection period (which is from the publication to the grant of a patent application) from two years to three years. This clarifies the confusion about limitation periods for patent matters created by the new Civil Procedure Law, which provides for a general three-year limitation period.

New Article 66 provides that, in an infringement dispute relating to a design or utility model, a patentee, an interested party or an alleged infringer may submit a patent evaluation report on its own initiative. This expands the list of allowed parties, as currently only a patentee or interested party may apply for a patent evaluation report to be issued by the CNIPA.

Pursuant to new Article 52, the “dual-track” scheme will also be applicable to disputes involving open licences, which concept is just introduced by way of the new amendments. Open licences are discussed under the Section VI below.

The “dual-track” scheme appears to be also applicable to patent linkage disputes. As noted above under Section II, an administrative ruling may be requested on the validity of a pharmaceutical patent at issue. The Supreme People’s Court just released the draft of “Provisions on Several Issues Concerning the Application of Law in the Trial of Civil Cases Involving Drug Marketing Review and Approval of Patent” for public comments [Chinese text accessible at website of Supreme People’s Court at: http://www.court.gov.cn/zixun-xiangqing-267401.html]. According to this judicial interpretation, Beijing Intellectual Property Court will have jurisdiction over trials of patent linkage disputes.

To promote the Open Licensing programme previously-announced and to encourage domestic use of patented technologies, the amendments introduce measures encouraging technology transfer, such as reduced annuity fees.

New Article 51 sets forth an open licensing mechanism for the purpose of promoting technology transfer and exploitation of patents. Specifically, an open licence is established where a patentee files a written request with the CNIPA, indicating its willingness to license its patent to any entity or individual along with its intended licence fees. The CNIPA will publish the open licence. For an open licence of a utility model or design, a patent evaluation report must be submitted along with the request. A patentee may revoke its open licence at any time, without retroactive effect on licences granted before the revocation.

Pursuant to new Article 51, a patentee is entitled to a reduction in annuity fees during the period of open licensing. The patentee may also grant a regular licence to a licensee despite its open licence, but not an exclusive or sole licence in such cases. For any dispute arising from an open licence, the patentee and the licensee may resort to the CNIPA or the courts for dispute resolution as noted above under Section V.

At the moment it is unclear as to how this open licensing scheme relates to standard-essential patent licensing.

New Article 24 provides that an invention will not lose its novelty if the application is filed within 6 months from its initial disclosure and the initial disclosure is made in the public interest. This amendment appears to be in response to the emergency measures taken during the COVID-19 outbreak.

The deadline for submitting a priority document for an invention patent or utility model is postponed to 16 months from the filing date of the priority application, pursuant to new Article 30.