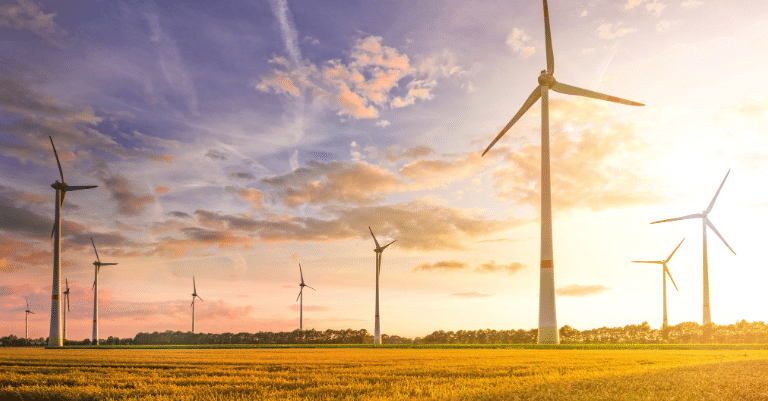 Innovation in renewable energy technology has been slow to develop over the last several decades, but the push to transition to a mixture of traditional and alternative energy sources has accelerated research and development in this sector.

There is now clear evidence of cutting-edge technologies being developed across a broad spectrum of renewable energy sectors. For instance, wind farms have been developed that can predict their own wind speeds and control individual turbines to maximize the farm’s efficiency. Solar power advancements have welcomed a prototype satellite that concentrates solar energy and converts it into electromagnetic radiation to be beamed to earth for transformation into electricity. Rapid progress is also being made within alternative fuel sources where a huge range of solutions are also in various stages of R&D. Advancements in electrolysis now allow for the clean production of “green” hydrogen where water is split into hydrogen and oxygen using renewable energy. These are just a selection of the ways innovative research is being benefitting the renewable energy sector.

Given these considerable advancements, the profile of renewable energy is steadily increasing which, in turn, has led to a rise in consumer curiosity around pricing. Electricity tariffs vary widely according to geography, and can also be influenced by factors including the cost of power generation, distribution infrastructure and government taxes or subsidies. It will be interesting to see how innovation in this area may influence the energy mix of the future just as significantly as the technology currently being developed.

Innovation relating to energy pricing is not a revolutionary concept. As far back as 1972, Theodore Paraskevakos filed a patent application for a “sensor monitoring device”. This technology would eventually come to be known as a smart meter. Smart meters allow for tracking, in near real-time, of electricity consumption which may be reported to a central supplier and is visible to the end-user. This puts the spending control in the hands of the user, allowing them to increase or decrease their energy usage accordingly. Electricity suppliers are also able to incorporate smart meters into advanced metering infrastructure (AMI) as part of smart grid initiatives. Suppliers have the potential to use this information to offer dynamic, or surge pricing, to incentivise increased energy usage during off-peak demand hours.

The emergence of alternative energy sources has affected the pricing models of the past. As an initial point, the number of electricity suppliers is growing. The single utility company operating at a near-monopoly is no longer as prevalent as it once was. Independent energy suppliers are on the rise, and can afford the capital costs to purchase alternative energy generation means, such as solar or wind farms, and sell electricity to local markets providing consumers with an alternative to larger national suppliers.

Furthermore, the sheer number and variety of electricity tariffs is increasing. Time of day tariffs are not new, but suppliers are taking this even further offering near real-time pricing which varies every half-hour.

More recently, novel tariffs are being marketed which vary depending on the activity of the power generation means. For example, in early 2021 an electricity supplier launched what it proclaimed to be the first electricity tariff whose price drops when the winds speed up. Particular wind turbines in Market Weighton, Yorkshire in England, and Caerphilly in South Wales have a maximum 500 kW power output and operate in wind speeds between 2.5 m/s and 25 m/s. Residents at these two locations who purchase their electricity from this supplier may receive a 20% discount whenever their respective turbine is spinning, as the wind picks up, this discount can increase to 50%.

In a light wind, e.g. 5-6 m/s, the blades of these turbines may rotate at low speeds and produce low levels of power. For example, the ATB Riva Calzoni ATB 500.54, which has a 54-metre rotor available in a 73-metre tall hub height, generates around 100 kW at these speeds. As the wind speed increases to 12 m/s the power generated increases to the maximum rated output of 500 kW. Simply put, in low wind speeds, each turbine produces lower levels of power than in higher wind speeds.

The capital costs of purchasing and installing a turbine are not dependent on wind speed. While operating costs may vary with location, these are largely dependent on local taxes and transmission costs, not wind speed. A turbine operator would stand to make more power for roughly the same cost during higher wind conditions than during lower wind conditions. Besides the rotational speeds and generator power levels, a wind turbine is restricted to a maximum wind speed at which the turbine can no longer operate due to mechanical stresses on components.

Understanding the underlying technology of the power generation means allowed this energy supplier to advertise a purportedly novel market offering. As the UK, and the world, transition to renewable sources of energy, a similarly strong understanding of the power generation means must be kept in mind to adapt grid management systems, electricity storage and even consumer product offerings to these new forms of electricity generation. Could the next generation of house appliances include washing machines that only turn on when it is windy, or air conditioners that only operate when it is sunny? Novel approaches are required not only to generate power in a sustainable manner, but also to use electricity in the most efficient manner possible. A strong understanding of the technology used in producing this power allows for savvy and insightful electricity tariff offerings which are sure to provide commercial advantages much in the same way novel technologies can differentiate product and service offerings to consumers.

While most companies are accustomed to protecting traditional types of innovation through intellectual property rights, be it patent, design, trade mark, copyright and/or trade secret protection; these rights may also be available for other forms of innovation, such as the discussed novel electricity tariffs. Protecting these non-traditional forms of innovation may assist in securing a competitive advantage in the market.