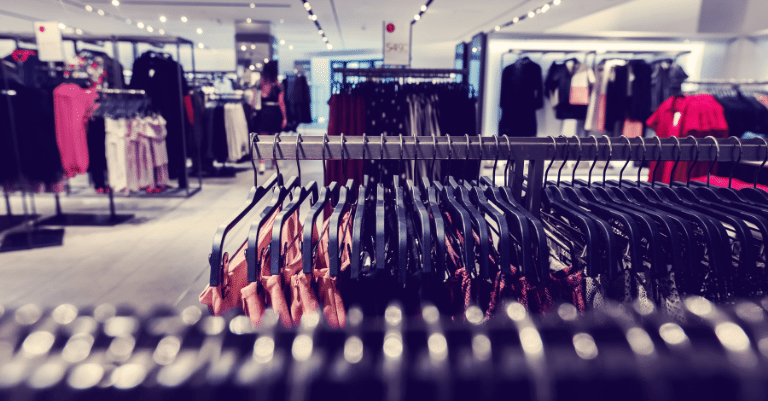 It has long been the practice of the China National Intellectual Property Administration (“CNIPA”) not to recognize retailing as a protectable service per se. However, this administrative practice does not seem to have impaired the willingness of Chinese courts to protect retail related rights and interests of brand owners.

In a recent case, FENDI S.R.L. vs Shanghai Yilang International Trading Co., Ltd. (“Yilang”) and Capital Outlets (Kunshan) Business Development Co., Ltd., (“Capital Outlets”), the Shanghai Higher People’s Court expressly held that the resellers’ unfair use of the brand owner’s mark in retail trade shall be prohibited under the law.

Summary of the case

Yilang is the owner of an outlet store located in a shopping centre developed by Capital Outlets in Kunshan city, which is adjacent to Shanghai. This outlet store offered for sale “FENDI” branded goods, which it sourced from a French licensed distributor of the brand owner FENDI S.R.L. (“FENDI Italy”). During the course of trade, Yilang not only attached the logo to its price information boards, shopping bags and packaging, but also directly adopted the “FENDI” logo as its store signage. Also, the operator of the outlet shopping centre, Capital Outlets, printed the “FENDI” name on its signage boards to identify Yilang’s outlet store and also promoted the “FENDI” branded products in its product catalogues and social media. 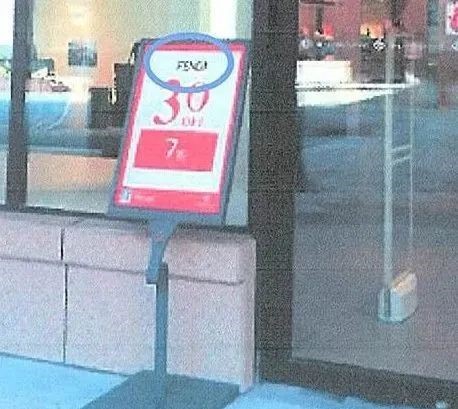 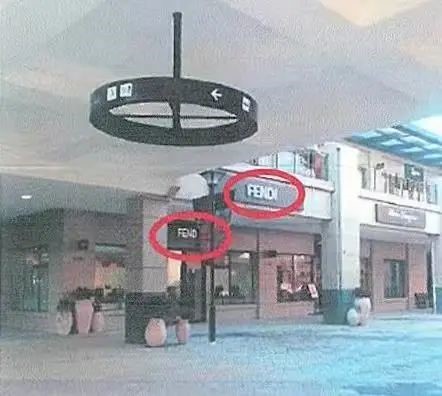 The photos are from a related report of China Intellectual Property Magazine on 4 March 2021, "奥特莱斯败诉了！不是因为奢侈品，而是因为知识产权。"

In 2016, FENDI Italy sued Yilang and Capital Outlets for trade mark infringement and unfair competition and claimed RMB 1 million in damages. The court of first instance dismissed the claim of FENDI Italy on the grounds that use of the “FENDI” mark by Yilang and Capital Outlets amounts to “fair use” under the law. FENDI Italy then appealed to the Shanghai IP Court who, after a further review, overturned the judgment of first instance. The court of second instance found that:

Yilang and Capital Outlets appealed this unfavorable court decision to the Shanghai Higher People’s Court who rendered its final and non-appealable judgment in early March 2021. The court of final appeal affirmed that the owner of the retail store and its landlord were jointly liable for both trade mark infringement and unfair competition. The court also commented that the action of Yilang had blurred the distinction between the brand owner’s directly operated store and the unofficial and unauthorized reseller’s store.

While this case was decided on its own merits, it does shed some light on how a Chinese appellate court approaches the issue of “unfair use” in the context of retail services. While a retailer may refer to the trade marks of the goods that are sold in its store to promote sales, the court seemingly will impose restrictions on the extent of that use.  In particular, it appears that use of a mark in a broader context, such as on store signage and the like, may be deemed “unfair use” and give rise to liability.

It is worth noting in this case that both appellate courts upheld the claim that the retailor and its landlord infringed the registered trade mark rights of FENDI Italy in class 35, even though the registration does not cover retail services per se. The courts apparently concluded that the retail services provided by Yilang were associated with, or were similar to, the specific Class 35 services covered by FENDI Italy’s existing registration. While this case does not create any general precedent, the success of FENDI Italy seems to suggest that a class 35 registration, even excluding specific mention of retail services, is a valuable tool in the arsenal of rights’ holders and may constitute a legal basis to prevent infringement in the retail sector in China.