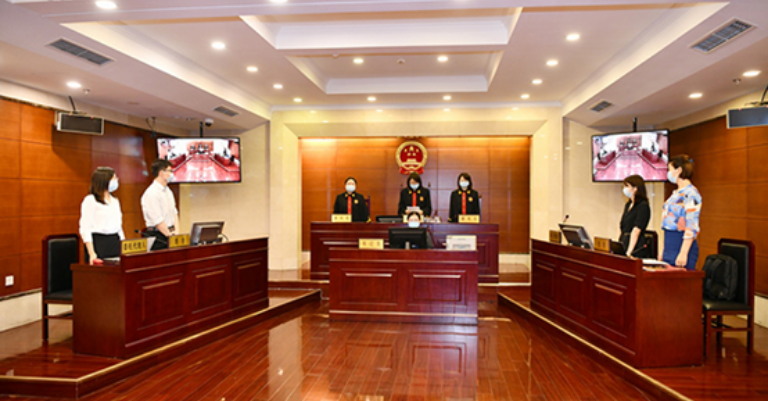 In a recent infringement case, the Beijing Chaoyang District People’s Court ruled that Hangzhou Dongheng Electric Appliances Co., Ltd. (Hangzhou Dongheng) should pay CNY3M damages to Schneider Electrics (China) Co., Ltd. (Schneider China) for recurring trademark infringement. While the amount of discretional damages was not at the maximum (CNY5M), the award was substantial given that Hangzhou Dongheng did not appear to have profited significantly from its infringing activity. The case is indicative of efforts by Chinese courts to lend support to protection of IP rights and crack down on blatant and continual infringing activity.

In November 2012, the local Administration for Market Regulation in Hangzhou (Hangzhou AMR) raided the premises of Hangzhou Schneider and seized counterfeit low voltage products bearing the brand Schneider Electric. The Hangzhou AMR held that Hangzhou Schneider had infringed the trademark rights of Schneider France conferred by its International Registration no. G715396.

In January 2013, based on the administrative decision of the Huangzhou AMR, Schneider China sued Hangzhou Schneider for trademark infringement and unfair competition and claimed damages of CNY 500,000. The case was settled through mediation under which Hangzhou Schneider undertook to cease its infringing activity, to change its name to Hangzhou Dongheng, and to pay compensation of CNY100,000.

Hangzhou Dongheng admitted infringing the trademark rights of Schneider China, but contended that the level of damages sought were excessive. Hangzhou Dongheng submitted financial accounts in support of its contention.

Decision of the Court

The court was unable to assess the quantum of actual loss suffered by Schneider China, who refused to disclose financial data such as the royalties it received from Chinese licensees. While Hangzhou Dongheng provided financial accounts to demonstrate its earnings, the court seemed to doubt the veracity of these self-prepared and unreliable accounts which were inconsistent with the revenues advertised on its own website. In the absence of sufficient information to determine compensatory damages, the court decided to accept the CNY 3M discretionary damages proposed by Schneider China in light of the bad faith on the part of Hangzhou Dongheng and the duration of the infringing activities (2013-2019).

The court decided that the operator of the e-commerce platform was not jointly liable as it has removed the infringing product links upon receipt of a warning from Schneider China.

Substantial damages in civil infringement cases are being more commonly awarded by Chinese courts.  The quantum of damages is typically calculated by reference to illegal profit earned by the infringer or by reference to losses (or anticipated royalties) suffered by the IP rights holder. What is noteworthy in this case is that the level of damages seems to have been discretionally determined based purely on the bad faith of the infringer. This case reflects the hardening attitude of Chinese courts that is aimed at curbing repeated infringing activities in China.