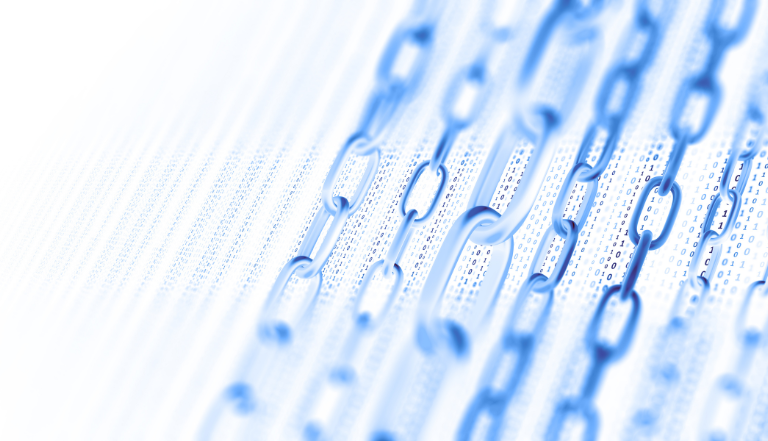 The immutable nature of the data stored in a DLT leads to a host of applications across different sectors. The best known application is that of cryptocurrencies, such as Bitcoin. Indeed, it was in Satoshi Nakamoto’s 2008 white paper “Bitcoin: A Peer-to-Peer Electronic Cash System” that the author first set out the technical basis for today’s blockchain network. The blockchain infrastructure removes one of the core obstacles to a decentralised payment system, namely that of the “double spend problem” in which a user may spend the same digital coin or token multiple times in payments to different parties. In the case of a blockchain network, each individual will have a digital wallet in which their (digital) coins are stored, with payments being transferred from one individual’s wallet to another. Importantly, each individual payment will only be added to the ledger once it has been validated by the other nodes in the network, at which point the coin(s) will be recorded as having been transferred from the sender to the recipient. Any attempt to spend the same digital coin in a further, separate transaction would then fail to be validated by the network.

Since Bitcoin was first introduced, numerous other cryptocurrencies have been created, each of which allows for the peer-to-peer transfer of currency without the need for a centralised authority such as a clearing bank. As with Bitcoin, these cryptocurrencies are built on a network of nodes employing a distributed ledger for recordal of transactions. Differences may arise in terms of the size of the underlying networks, as well as the cryptographic algorithms used to secure transactions on the network and the precise consensus mechanisms used for validating those transactions.

Whilst most commonly associated with cryptocurrencies, the list of areas in which distributed ledger technology is finding new applications continues to grow. Indeed, distributed ledger technology has potential applications in any area in which it is desirable to maintain a robust and tamper-proof record of transactions. Some examples include the following:

Distributed ledger technology has the potential to replace conventional property and land registers, as well as the patent and trademark registers that record ownership of intellectual property rights. Smart contracts might be used to record the transfer of such assets between different parties in a highly efficient matter.

Distributed ledger technology offers the possibility to record energy supply transactions, including metering of people’s energy usage in their homes and monitoring demand on the energy grid, with users and businesses buying and selling electricity through the use of smart contracts.

The passage of a specific goods item from its source of origin, through a distribution network and to the final end user, can be logged on the blockchain, allowing that user to confirm the provenance of that particular goods item. Users can use the blockchain record to confirm not only the source of origin, but also that goods have been handled throughout their journey in accordance with necessary regulations, and that any storage and transport requirements have been properly met.

Distributed ledger technology has been proposed as an efficient means for storing and sharing of patients’ medical data with approved parties. A patient may, for example, use the ledger to store their data in a secure manner. Medical professionals could then view the patient’s data by referring to the ledger, with the patient’s consent to view the data being managed via transactions on the ledger.

More generally, distributed ledger technology has been envisaged as providing the basis for a new, fully decentralised internet, or “Web 3.0” that would remove the need for centralised data repositories and restore control of users’ personal data to those users themselves. Combined with other advances in Artificial Intelligence (AI) and machine learning, proponents believe that such a configuration may signal a new age of the internet in which users have both greater connectivity and autonomy over their data.