Technical Teaching for Pharmaceutical Use Inventions Relating to Known Drugs 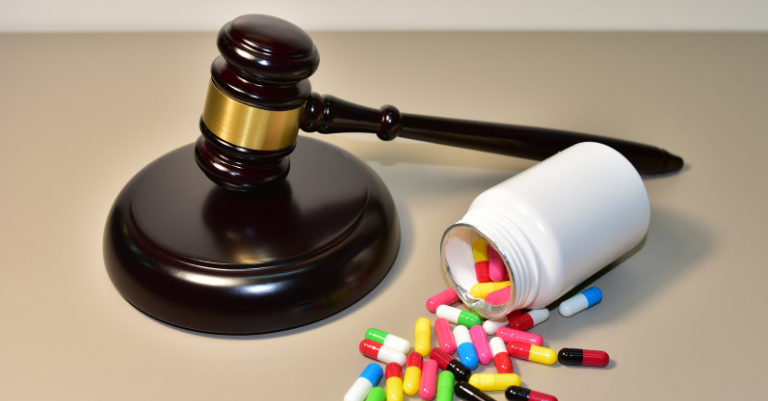 Article 25 of the Chinese Patent Law stipulates that:

“No patent right shall be granted for any of the following:
(1) scientific discoveries;
(2) rules and methods for intellectual activities;
(3) methods for the diagnosis or treatment of diseases; …”

For humanitarian reasons, doctors should have the freedom to choose various methods in the process of diagnosing and treating diseases. Pharmaceutical companies' innovation, on the other side, also need to be encouraged.  Typically, claims directed to unpatentable diagnosis or treatment methods can be reformed into Swiss-style claims pursuing a medication’s “second medical use” during prosecution.

Under Chinese practice, when assessing the inventive step of a use invention of a known product, if the new use utilizes a newly discovered property of the product and brings about unexpected technical effects, then this new use may be inventive. In order to be inventive, it is required that the new property or the unexpected effects cannot be foreseen according to the structure, composition, molecular weight, and currently known properties and uses of the product.

For an invention relating to the use of a known medication for treating a new disease, technical suggestions in the prior art and unexpected effects are the two aspects considered when assessing its inventive step.  However, in the pharmaceutical field, it is often the case that some prior references may occasionally mention the known medications’ potential uses and mechanisms of action.  In such cases, whether the prior art provides suitable technical suggestions that could lead ones skilled in the art to the claimed invention is always disputable.  The following two invalidation cases provide some useful guidance on this point.

Yabao Pharmaceutical Group Co., Ltd. (“Yabao”) initiated an invalidation action against the Chinese patent CN102006864B owned by Université Victor Segalen-Bordeaux 2 (“UVSB”) before the CNIPA in 2019.  The granted claim 1 of this patent recites “[u]se of a beta blocker for the manufacture of a medicament for the treatment of hemangiomas, the beta blocker is propranolol or pharmaceutical salts thereof.”  During the invalidation examination, UVSB amended the granted claim 1 to pursue use of a beta blocker in the manufacture of a medicament for treating capillary infantile hemangiomas (IH), in which the beta blocker is propranolol. After examination, the PRID issued in 2020 the Invalidation Decision (No. 46004) announcing partial invalidation of the patent, that is, maintaining the patent right on the basis of the amended claims.

The Patent Reexamination and Invalidation Department (PRID) held that: Evidence 10 found increased apoptosis coinciding with onset of involution in infantile hemangioma in sections of hemangioma samples, and thereby proposed that endogenous angiogenesis inhibitors contribute to spontaneous regression of hemangioma.  Evidence 10 speculated that angiogenesis inhibitors can reduce the proliferation and accelerate the regression of hemangioma.  However, there is a lack of solid evidence or data to support this theory.  Without studying the type, structure and more detailed mechanism of endogenous angiogenesis inhibitors and testing the effectiveness of exogenous apoptosis inducers on infantile hemangiomas, Evidence 10 is very speculative. Killing tumor cells by initiating apoptosis is only a very general and common mechanism, and cannot readily lead skilled persons to a specific medical use invention.

Evidence 11 reveals that β-blockade of capillary endothelial cells alone induces apoptosis in these cells, but when the blockade happens in a more complex environment, for example, in vivo, its overall effects could not be clearly and definitively determined. Moreover, Evidence 11 relates to a study for lung injury, the skilled one usually will not look for suggestions in a reference directing to mechanism of a different disease.

In their decision, the PRID emphasized that: the proposal of a pharmaceutical invention with a definite therapeutic effect may require careful observations and ingenious conception, or require significant trial and error. However, once proposed, this invention may be obtained by backward reasoning along a logical route easily reconstructed according to the known pharmacological and pathological mechanisms.  If such reasoning ignores the complex physiological environment in vivo as well as the diversity and uncertainty of the pathogenic mechanism, then it belongs to (impermissible) hindsight reconstruction and will harm the interests of the patentee.

Liqun Wang (“Wang”) initiated an invalidation against the Chinese patent CN1976704B owned by Janssen Pharmaceutica N.V. (“Janssen”) before the CNIPA in 2020.

or a pharmaceutically acceptable acid or base addition salt thereof,

In response to the invalidation action, Janssen restricted the compounds in claim 1 to (αS, βR)-6-bromo-α-[2-(dimethylamino)ethyl]-2-methoxy-α-1-naphthalenyl-β-phenyl-3-quinolineethanol (known as “bedaquiline”) or a pharmaceutically acceptable acid addition salt thereof .

After examination, the PRID issued in 2021 the Invalidation Decision (No. 48150) maintaining the validity of the patent (in an amended form).

The PRID held that: although the background section of Evidence 3 mentions Mycobacterium tuberculosis strains are resistant to many traditional antibiotic therapeutic agents, this is simply a description of the state of art, and does not imply that the newly developed drugs therein are used for solving the drug resistance issue of Mycobacterium strains. The examples in Evidence 3 all relate to common strains sensitive to conventional antitubercular agents. Evidence 3 also verified that rifampicin and bedaquiline exhibit different efficiencies in inhibiting different types of Mycobacterium tuberculosis strains. As such, persons skilled in the art cannot predict that bedaquiline would provide inhibitory effects on rifampicin-resistant strains.

The PRID emphasized that: for medical use inventions, when judging whether the invention is obvious over the prior art, not only motivation, but also a reasonable expectation of success of the invention should be considered. If a therapeutic effect cannot be reasonably expected, then the technical solution is non-obvious.

In my view, the PRID’s opinions of the above two cases imply rigorous criteria for prior art teaching in medical use inventions. Whether the prior art references can provide a proper technical teaching should be assessed from the perspective of persons of ordinary skills in the art without over-interpreting the prior art. The PRID’s analysis also took into consideration the uncertainty of in vivo efficiency of medications as well as applicants’ investments for obtaining the invention. For medical use inventions of known drugs, in absence of in vivo studies, experimental results in vitro alone may be insufficient to provide reasonable motivations to persons skilled in the art, as the in vivo conditions are more complex than in vitro.

Sometimes, the new and the known indications may be closely related. However, if there are difficulties that prevent skilled persons from anticipating the success of treating the new diseases, then lack of anticipation arguments can be used to prove the non-obviousness.