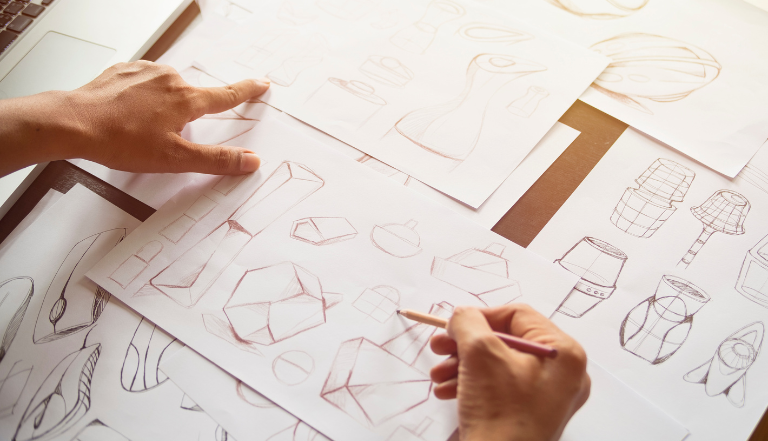 The World Intellectual Property Organisation (WIPO) has recently announced plans to hold a diplomatic conference to negotiate a Design Law Treaty (DLT) with the aim of harmonising the global system for protecting industrial designs. WIPO claims the treaty will eliminate red tape, accelerate prosecution procedures, and improve access to overseas protection for SMEs in low and medium income countries [1]. The announcement has been broadly welcomed across the design community, with Dids Macdonald of UK pressure group Anti-Copying in Design (ACID) expressing her hopes that the treaty will “provide a level playing field globally so that trade agreements can reflect consistency in term and protection to enhance future trade agreements and to benefit individual designers”.

The draft Articles [3] and Rules [4] of the DLT have been around for quite some time, having most recently been considered by WIPO back in 2015. In light of the renewed political momentum, it is expected that the diplomatic conference will be completed by the end of 2024, with Belarus, Indonesia and Saudi Arabia making offers to host [5]. The next few years of negotiation will therefore prove crucial as to the impact that the DLT will have on applicants and rights holders around the world.

So, with change afoot, designers might be asking themselves what, exactly, is on the cards?

Broadly speaking, the DLT aims to provide harmony across a large array of different aspects of the processes through which individuals can apply for design protection. Most provisions concern formalities-related issues, however a number stand to have a much larger impact.

Of perhaps the most interest to designers is a proposal to require all jurisdictions to provide a grace period for prior disclosures of a registered design before the first application for the design is filed, provided that the earlier disclosure has been made by the applicant or with the applicant’s consent. Grace periods of this type are available in the majority of major global economies, including the US, EU and UK, and are thought to stimulate design innovation by giving designers some time to raise funds between launching their products and incurring the expense of applying for registered design protection.

However, China, the world’s most important manufacturing economy, does not currently provide any such grace period. This means that applicants who require a Chinese design to protect their manufacturing base must ensure the design is not published or otherwise marketed before the first application is filed (even when claiming priority). Consequently, designers that require protection in China are effectively denied the use of the grace period globally. During the last revision of the draft treaty in 2016, China did make an objection to the inclusion of a grace period; however this was some time ago and during the intervening period Chinese design law has become considerably more aligned with the laws of the other major global economies. There seems to be a significant chance that a grace period will form part of the final DLT, and if so this would provide a major benefit for applicants manufacturing in China.

Although grace periods are common, there is some divergence between different jurisdictions regarding their length. Most countries in which grace periods are in place provide 12 months from the first disclosure of the design for applicants to file their applications (this is the case in the US, EU and UK), whilst a small number provide only 6 months (this is the case in India). The current DLT proposal is that the local intellectual property offices will be able to choose between a grace period of 6 or 12 months at their discretion. Therefore, even though grace periods will potentially be available globally, applicants will still need to be diligent regarding their use to ensure protection is not missed in shorter grace period jurisdictions.

Deferment of Publication (Article 9 and Rule 6)

Another beneficial aspect of the DLT for applicants is the standardisation of a minimum period during which publication of a design can be deferred. Deferment of publication enables applicants to keep their designs secret for a period of time after an application has been made. This may be beneficial when co-ordinating product launches, or to mitigate against an adverse disclosure of the design that could affect the validity of other IP rights held by the applicant. Presently, there is much divergence between different countries on the issue of deferred publication. At the higher end, jurisdictions such as China allow deferment for at least 3 years, whilst some countries such as India do not provide for a deferment period at all. The DLT proposes to change this by mandating a minimum deferment period of six months from the priority date. This is commensurate with the priority period, and will allow applicants to keep their designs secret at least during the period where they are considering protection abroad. However, applicants will need to be aware that for priority-claiming applications filed at the end of the priority period, in some jurisdictions the applicant will effectively be unable to prevent publication much beyond the filing date.

Another potential benefit to designers in the proposed DLT is to require the national intellectual property offices to allow design features to be visually disclaimed using dotted or broken lines. Visual disclaimers enable the design of a product to be claimed at different levels of generality. This allows applicants to file cascading sets of design applications directed towards different selections of features, as a trade-off between the scope of protection provided and the likelihood of validity. Most major jurisdictions allow the use of visual disclaimers, although this was not always the case. China is one country that has only recently allowed visual disclaimers, whilst countries such as Brazil continue to prohibit their use. Applicants often face problems when claiming priority in jurisdictions that do not permit disclaimers as the need to solidify any broken lines can potentially change the scope of the design and affect the validity of the priority claim. By ensuring visual disclaimers are accepted universally, the DLT will simplify design protection strategies by avoiding the need to include fully claimed designs (in which no disclaimers are used) in the priority application.

The current draft proposals include requirements to limit the types of information that national intellectual property offices can prescribe as pre-requisites for making an application. This includes basic information such as applicant or representative names and addresses, indications of product, declarations of priority and the like. However, the DLT also proposes to allow intellectual property offices to require that their applicants furnish a statement regarding the presence and origins of any traditional cultural expressions, knowledge or biological/genetic resources utilised or incorporated into any registered design. There does not appear to be any proposal for the cultural origin to have an accompanying effect on the validity of the registered design itself, and therefore it is not clear whether this would provide a benefit or detriment to third parties, particularly when seeking to establish the existence or validity of registered designs. It is also unclear whether this provision would overlap with corresponding law relating to protected geographical indicators. Nevertheless, if implemented this proposal could raise awareness of cultural appropriation of design elements and therefore may benefit a wide variety of communities, particularly (although not exclusively) those within low and medium income countries. However, the current proposals would not require all offices to obtain such information from applicants. With universal uptake far from guaranteed, the benefit of this provision would seem to be limited.

The DLT relates only to the formalities of making an application for a design. Therefore, there are currently no plans to globally regulate the types of subject matter that constitute an industrial design. Broadly speaking, designs cover the way an object looks rather than the way it functions. However, some jurisdictions carve-out protection for certain types of features, such as those not visible during normal use or dictated by technical function. The identity of the subject matter constituting a design also extends to the concept of design unity, particularly where applicants seek protection for multiple embodiments of a product within a single application. Jurisdictions such as the EU consider relatively minor differences between embodiments to constitute separate designs requiring their own registration number (and thus increased official fees), whilst other jurisdictions such as the US will provide protection for multiple embodiments under a single application provided these share the same generic features. Since the proposed DLT will not harmonise substantive law relating to definition of a design, it will not help applicants avoid these divergent practices.

Whilst the DLT does prescribe some conditions for the depiction of designs in representations, notably in regard to visual disclaimers discussed above, the DLT does not regulate the types of illustrations that can be used in a registered design application or prescribe any particular meanings to the elements used in such illustrations to depict the design. There is divergent practice around the world regarding the use of elements such as surface shading to indicate the presence and/or contours of surfaces, annotations to imply groupings or connections, or the manner in which transparencies or materials are depicted. It is arguable that some amount of standardisation in this regard would benefit applicants, however it is also foreseeable over-regulation of design drawings could limit the degree of freedom afforded to designers.

With the exception of the grace period for an applicant’s own disclosure discussed above, the DLT also avoids any standardisation of the tests for the validity of an industrial design. A minimum test of novelty and/or originality is required under the World Trade Organisation’s Trade-Related Aspects of Intellectual Property (TRIPS) Agreement. However, whilst some jurisdictions apply an absolute novelty test, other jurisdictions include relative novelty tests in which prior art that would not have become known in the normal course of business can be discounted, and thus provide novelty where prior art is obscure. Accordingly, applicants need to remain aware of differing standards of validity applied in any jurisdictions of interest.

Another issue that will not be standardised by the DLT is the term of protection. Generally, the term of protection available under a registered industrial design is mandated as at least 10 years by the TRIPS Agreement. The lower end is applied by countries such as Australia, however other countries such as the US and China provide 15 years, whilst at the top end the UK and EU provide 25 years. The DLT will not patch up the gaps in protection that these term limits create as a portfolio ages, and therefore will not do much to assuage the concerns of companies selling out of their home jurisdictions facing imminent term limits.

Whilst the DLT will not deal with the most divergent aspects of the global system for industrial design protection, the current proposals will still provide a great deal of international harmony and thus stand to make the process of obtaining design protection abroad a more straightforward affair. Moreover, if the finalised version of the DLT contains bold provisions relating to the availability of grace periods and deferment of publication, this would represent a major step forwards that would simplify design filing strategies for all applicants.

At Marks & Clerk, our international team of designs experts help our clients navigate the complex and often divergent requirements of international design prosecution to ensure that our clients are able to make the most out of the protections available to them around the world. If you have a design and would like to speak to one of our experts, please do not hesitate to get in touch.