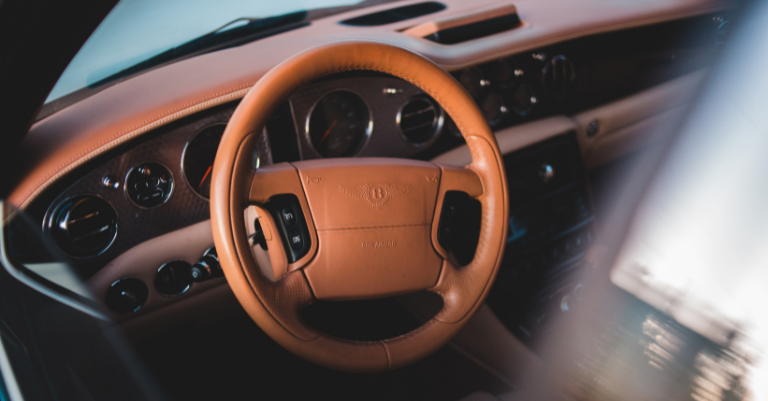 The agency filed more than 28,000 applications in 2020 putting it among the top 20 trade mark filers in China.

Bentley Motors Limited ("Bentley") is renowned for producing Bentley luxury cars. Bentley is a historic brand that traces its roots back to the early twentieth century. Bentley is best recognised by reference its iconic Flying B logo.

Bentley officially entered the China market in the early 2000s. But before that, the public was exposed to the brand via auto magazines. Also, dealers based in Hong Kong sold up to a hundred Bentley cars in the 1990s to mainland customers. The high profile official launch of Bentley at the 2001 Beijing Auto Show caused a sensation. China rapidly became one of the largest markets for Bentley cars. In the first half of 2021, Bentley sold 2,155 cars in China, making China its largest market in the world right now.

Bentley also offers other luxury products, in part through collaborations with other brands such as Breitling for watches, Naim for audio, Club House Italia for furniture, Professional Golf Europe for golf equipment, etc. China is also the largest global market for Bentley Home products.

Bentley has faced serious intellectual property challenges in China. A recent search disclosed a number of third-party trade marks containing the name BENTLEY or the Flying B logo or their variants. To safeguard its brands, Bentley‘s IP strategy has involved numerous trade mark oppositions, invalidations and other legal proceedings in China.

Key to improving Bentley’s legal position in China was to strengthen their case against ‘bad faith’ filers, in particular, by showing their marks should be recognised as ‘well-known’. There has been notable official support in China for Bentley's enforcement actions. In 2019, the China National Intellectual Property Administration (CNIPA), on its own initiative dismissed more than 200 trade mark applications filed by a Hong Kong-based company calling itself "Bentley Motors Limited" (company no. 2565500) on the grounds that the applications violated the basic principle of honesty and because they disrupted the “normal order” and were likely to cause “adverse social impact.” This laudable move by the CNIPA attracted media attention. In 2020, the CNIPA and the Beijing Intellectual Property Court respectively accorded well-known status to the BENTLEY mark (reg. no. 862360) and the Flying B logo (reg. no. 862359). In 2021, the CNIPA further confirmed the well-known status of the “宾利” (Bentley in Chinese characters) mark (reg. no. 3065194).

Despite all these efforts, numerous imitations of Bentley's trade marks continue to proliferate and the unauthorised use of the Bentley brands continues apace. One example involved a "Bentley” mooncake that caused a media uproar at the end of 2020. There have also been cases of “Bentley” wines, luggage, watches, perfumes, etc. There is also the problem of companies adopting trade name that include the "Bentley" name. Bentley ‘copycats’ proliferate in most industries and are not just restricted to luxury goods or automotive.

Facts of the case

In 2021, Bentley became aware of a Hong Kong company that had adopted an identical Chinese name as Bentley. This company was called (in English) BEN MOTORS LIMITED (company no. 3002859). The Hong Kong company filed 20 trade mark applications to register the Bentley name in Chinese characters and the mark “BENTLEY & Flying B logo”. The China agency handling these applications was Beijing Sihailong Intellectual Property Agency Limited. Bentley Motors Limited of the UK instructed Marks & Clerk Intellectual Property Agency (Beijing) Limited to submit appropriate complaints to the CNIPA and to the Beijing AMR (where the China IP agency is located).

Following submission of the complaints, all of the 20 offending trade mark applications were withdrawn. In addition, the Beijing AMR issued an administrative penalty decision against Beijing Sihailong. The decision concluded that the reputation of Bentley must have been known to Beijing Sihailong and so it must have been aware that the client it represented had no connection to the genuine Bentley business. The agency had breached its duty of good faith under the Trade Mark Law by failing to scrutinize properly its client's applications and should therefore be sanctioned in accordance with the Trade Mark Law.

The 2019 Amendment to the Trade Mark Law of China not only incorporated provisions aimed at addressing trade mark hoarding and hijacking, but also added a stipulation that trade mark agencies should not accept instructions for applications that violate the principle of good faith. These rules provided new remedies for rights holders beyond the regular practice of filing oppositions. The complaints in this case represent an example of the application of the new rules. There have also been reports of market regulation authorities in other regions penalising agencies for the filing of improper trade mark applications. These welcome actions demonstrate the on-going determination of the Chinese authorities to crack down on irregular trade mark applications.