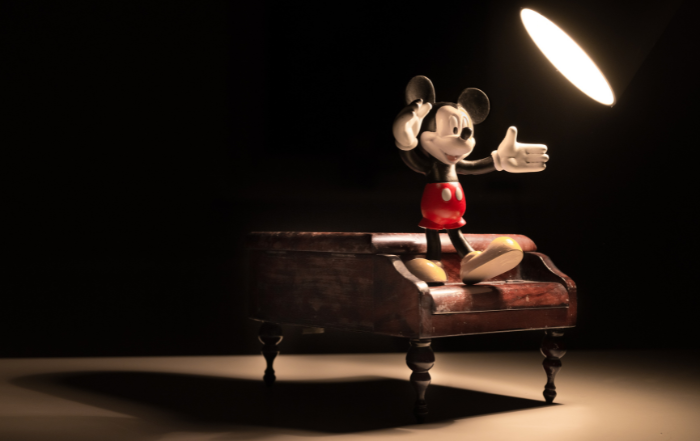 During my time at The Manchester Animation Festival this week I have had lots of conversations about the imminent expiry of copyright vested in Disney’s first version of Mickey Mouse, Steamboat Willie, in the USA. The ability for animators to reproduce or adapt the appearance of characters that are entering the public domain is a hot topic, so I thought I would consider the issues in some more detail.

Copyright protects the expression of ideas, including the appearance of characters. In the USA, copyright vested in Steamboat Willie lasts for 95 years, and is due to expire at the end of 2023.

Upon the expiry of that copyright, third parties in the USA will be able to reproduce and adapt the work in question without infringement, so in 2024 there are likely to be a large number of animators interested in producing Steamboat Willie related works.

It is important for animators to understand that the copyright set to expire at the end of 2023 is very specific; it is the copyright vested in the original Steamboat Willie version of Mickey Mouse. Thus, reproductions and adaptations of that version may be permissible, but animators will not be in a position to use the current and most recognisable version of Mickey Mouse. Copyright in that version will expire in the USA in 2030, while Disney also own US trade mark registrations that protect the appearance of that updated character. So, for example, a reproduction of Mickey Mouse that includes white gloves, red trousers and a black jacket could constitute copyright and trade mark infringement in relation to the appearance of the later iteration of Mickey Mouse.

US animators who reproduce or adapt Steamboat Willie from 2024 onwards should also be aware that the manner in which they use the character should not result in consumers associating the new works with Disney. For example, Disney owns US trade mark registrations for the following terms, claiming “entertainment services” and “animated films”:

We have seen practical examples of how third parties have navigated a situation like this, following the expiry in January 2022 of the copyright protection for the original version of AA Milne’s Winnie-the-Pooh in the USA. This has resulted in some high profile reproductions and adaptations of the original work, though again it is important to note that Disney still own copyright in the appearance of their own red t-shirted version of Winnie the Pooh.  Animators should therefore take care not to reproduce or adapt that version as it would, on the face of it, infringe Disney’s ongoing rights.

Disney also own trade mark registrations for the name “Winnie the Pooh” (the Disney version does not use hyphens), which could be infringed as outlined earlier in the article. Ryan Reynolds’s high profile mobile phone advert “Winnie-the-screwed” was arguably permissible because it reproduced AA Milne’s original version of Winnie-the-Pooh, who does not wear a red t-shirt, and made no association with Disney. Furthermore, “Winne-the-screwed” is arguably sufficiently far removed from “Winnie the Pooh” to avoid infringement of Disney’s trade mark registration.

However, there is also a new live action movie entitled “Winnie-The-Pooh Blood and Honey”, which will see a horrific, red plaid shirted, sledge hammer wielding, version of the usually loveable character slaughtering teenagers after being abandoned by Christopher Robin This arguably sails very close to the wind with respect to Disney’s remaining protected rights in the Winnie The Pooh character, and there is certainly some legal risk associated with the approach taken by the producers of the horror movie.

It is important for UK-based animators to note that copyright in Steamboat Willie and Winnie-the-Pooh is yet to expire in the UK. However, UK animators that are considering reproducing other previously copyrighted works now in the public domain should be mindful of the issues set out above.

Use of registered trade marks that are associated with later iterations of characters that have entered the public domain should be avoided, as there is scope for consumer confusion. Even if the work in question is an adaptation, such as a horror version of a public domain work directed at adults, the use of registered trade marks in new works could still constitute infringement on the basis that those trade marks enjoy a reputation and that the third party animators' use is detrimental to, or taking unfair advantage of, that reputation.

The law of passing off in the UK also allows an entity that enjoys goodwill in a trade mark to prevent third party use where consumers would be deceived into the belief that the work in question is economically linked to, or originates from, the owner of the goodwill and not the third party.

It is also worth noting that the UK Courts have recently held that the personality features that make up a character are capable of copyright protection. A company that offered an ‘Only Fools The (cushty) Dining Experience’ was found to infringe the literary copyright in the Del Boy Character, as the actors involved in the experience reproduced key elements and catchphrases of that character as protected by the original scripts. This is the first time that the UK Courts have issued a decision of this nature and it should be borne in mind by animators who are creating works that reproduce elements of characters’ personalities in addition to their appearance.

Whilst copyright is time limited, trade mark registrations can be renewed indefinitely, so in the example discussed above Disney will still retain an ability to seek to prevent third parties from creating an association with Disney or Mickey Mouse in any reproductions or adaptations, despite the expiry of the Steamboat Willie copyright in the US. Trade mark registrations are therefore a powerful tool for animators and production companies to protect and enforce rights in characters names and appearance indefinitely.