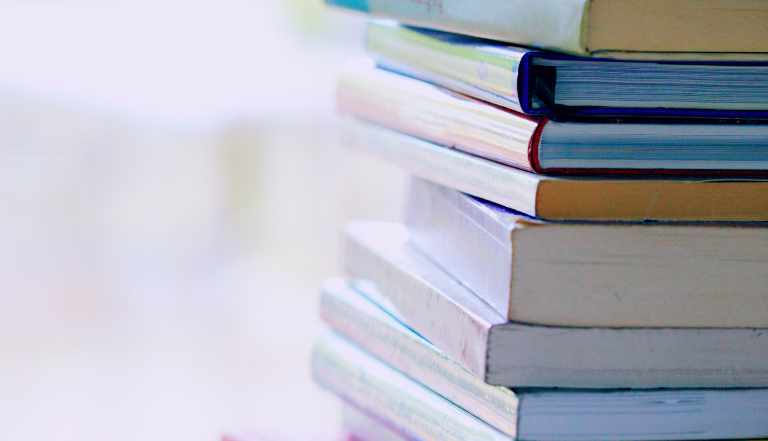 In this article I would like to suggest books that might be helpful for anyone wishing to gain insights into other peoples’ experiences and perspectives.  I have tried to include books covering a variety of different topics, in a variety of styles. All of them are available as audiobooks as well. I hope that whatever kind of book you prefer, and however you prefer to consume it, you’ll find something here that works for you.

This list is primarily based on my own reading, and so is necessarily informed by my own perspectives and interests. Please think of my recommendations as starting points for reading about the extremely broad topic of diversity and inclusion, but (if it needs to be said) please don’t stop here!

The musician, activist, historian, and writer Akala writes about his experiences of growing up Black in Britain, as well as providing a broader historical view on Britain’s colonial past and its existing systemic racism. Akala writes with unflinching honesty and keen insight, and I found my assumptions constantly challenged and examined. The book is extremely readable with a conversational tone.

The Transgender Issue by Shon Faye

This is quite simply the best book to read on the subject of trans people in Britain today. Trans people are currently a favourite target for bigots spreading harmful disinformation, but Shon Faye rises above the “culture war” to speak clearly and with authority about the issues facing trans people. The book isn’t about Faye’s personal experiences as a trans woman, but rather takes a much broader view of society and its injustices. Her thesis is clear: a society that allows for trans liberation is in everyone’s interests, trans or not.

Black and British by David Olusoga

Black and British is an authoritative and wide-ranging account of Britain’s Black history. Starting with Black people in Roman and Tudor Britain, the book mainly focusses on Britain’s role in the Atlantic slave trade, its subsequent empire building in Africa, and societal attitudes towards Black people in the twentieth century. This information is frequently ignored or wilfully misrepresented in Britain today, and I think a clear account of the facts is an invaluable resource. As a history book, Black and British is longer and drier than most of the others on this list, but it’s more than worth the effort. It’s also now available in illustrated and child-friendly forms.

Inferior and Superior by Angela Saini

I’ve grouped these two popular science books together as they’re closely related works. Inferior is a survey of the scientific evidence around gender stereotypes and popular assumptions regarding (cis) men and women. Superior takes a similar approach to the history of race science, covering how the modern idea of race developed in the 19th century primarily as a means of justifying European colonialism. Saini writes engagingly on a wide variety of academic literature, historical thinking, and experimental work. The books reach similar conclusions: that race is an entirely social construct with no biological significance; and that any differences there might be between the “average” man and the “average” woman are far smaller than variations among men and among women. I think a degree of familiarity with the evidence is very helpful for pushing back against people’s casual (and harmful) assumptions.

Uncomfortable Labels is the deeply personal memoir of journalist and author Laura Kate Dale, describing her experiences of growing up as an autistic trans woman. The book also considers the notable intersection between trans and autistic people more broadly: for reasons that are still not certain, trans people are far more likely to be autistic than cis people. I think this book does a wonderful job of allowing the reader to get inside Dale’s head and see things from her perspective.

In 2019 Hollywood actor David Harewood presented the documentary Psychosis and Me about his experience of a psychotic breakdown in his early twenties, during which he was sectioned twice. This memoir acts partly as a follow-up to that documentary, describing the circumstances leading to his breakdown, the breakdown itself, and the aftermath in more detail. However, equal focus is given to Harewood’s life as a Black Briton, from his youth in Birmingham in the 1970s to his decision to leave for America, where more varied television roles were available to Black actors.

Black Britons are 10 times more likely than white Britons to face mental health issues, and 4-6 times more likely to be sectioned; at the same time, Black Britons are also far more likely to struggle with mental health than Black people in the Caribbean. Harewood connects this mental health crisis, through the lens of his own experiences, to the racism experienced by Black Britons, and the way this racism challenged his own sense of self. I found this book completely engrossing and listened to the audiobook over a single weekend. I would also highly recommend the original documentary Psychosis and Me, available on BBC iPlayer, which I found to be extremely powerful.

Parable of the Sower by Octavia Butler

Unlike the other books on this list, Parable of the Sower is fiction, specifically sci-fi. Writing in 1993, Octavia Butler imagines a 2024 in which climate change and corporate excess have left the US a failed state. The book follows a Black teenager afflicted with hyper-empathy – the unconscious and uncontrollable ability to experience the emotions of people around her – as she and her family try to survive the cruelty and greed of others and find a way to keep living. Butler explores themes of greed, corporatism, and the things we owe to each other as a society, and in a 2022 where climate change is consciously ignored and the far right is newly resurgent, she seems remarkably prescient. Parable of the Sower may be fiction, but its vision is a vital lesson and warning that applies to the real world.

This article has been produced by kind permission of CIPA (The Chartered Institute of Patent Attorneys). The original version is available here.

Ed Carter is a Trainee Patent Attorney based at Marks & Clerk's Cambridge office, and a member of CIPA's D&I Committee.